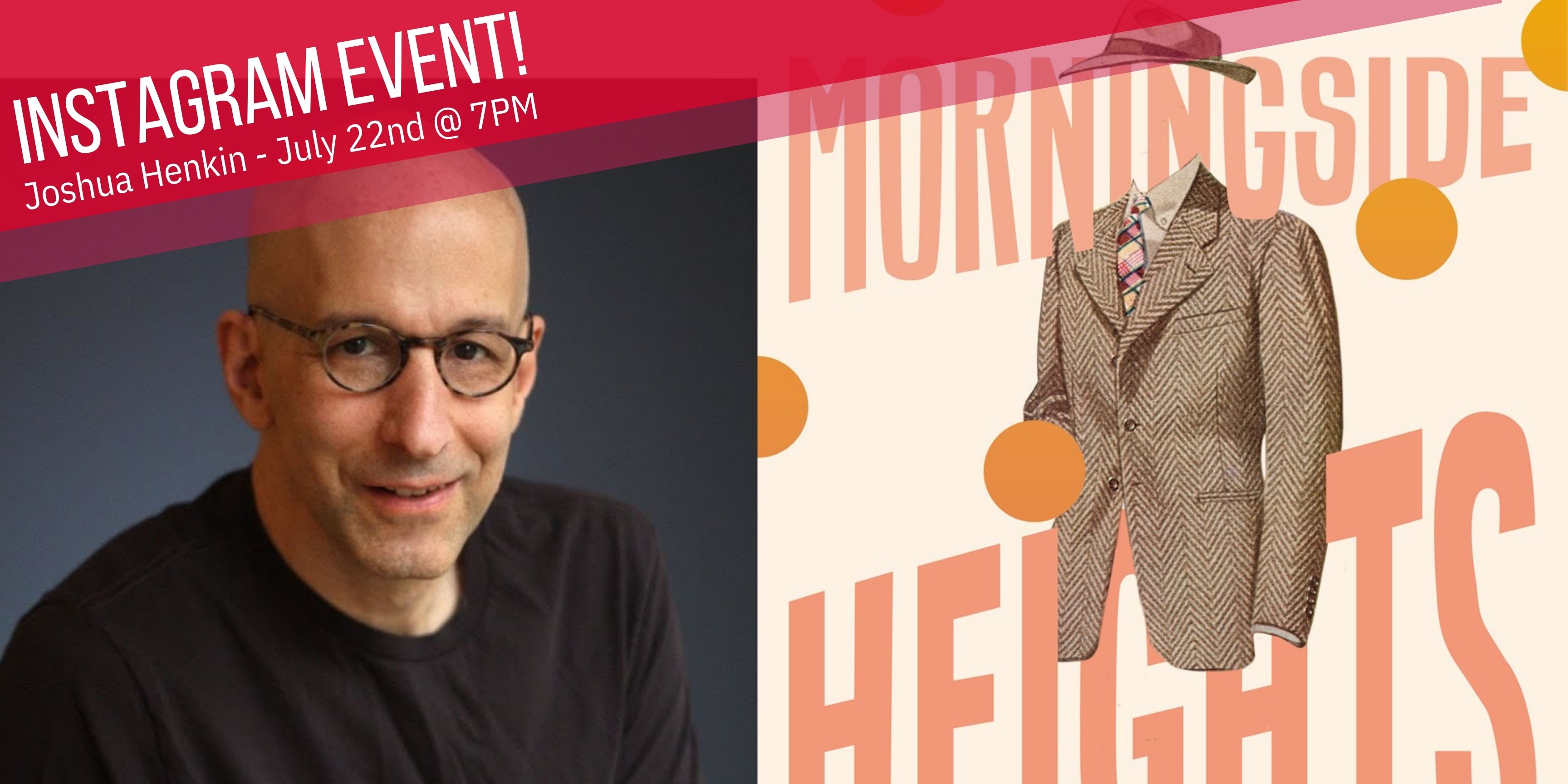 Join us on Instagram Live as we chat with Joshua about his new book, MORNINGSIDE HEIGHTS.

In 2006, Shakespeare scholar Spence Robin, 57, is diagnosed with early-onset Alzheimer's, and his wife, Pru Steiner, is forced to return his book advance. Spence is no longer the Great Man she fell in love with, and as his needs become more pronounced, Pru finds herself short on money, overwhelmed by responsibility and, for the first time in decades, in need of companionship. Further complicating things is Arlo, Spence's son from an earlier marriage, who feels he has never lived up to his father's expectations, and who might be Spence's best hope.

The task of writing the story of a family dealing with the devastating impact of early-onset Alzheimer's--without veering into sentimentality, or collapsing beneath the weight of melancholy--isn't an easy one. But Joshua Henkin's MORNINGSIDE HEIGHTS manages to tell the story of Pru and her husband Spence, once a great Shakespearean scholar and professor, with such deep humanity and kindness that I forgave him for also having managed to write a page-turner (though it still feels slightly unfair to be able to do both). This is a portrait of a family in all its complexity and an exploration of care work--both paid and unpaid--the latter of which makes it feel especially timely.

JOSHUA HENKIN is the author of the novels Swimming Across the Hudson (a Los Angeles Times Notable Book), Matrimony (a New York Times Notable Book), and The World Without You (winner of the 2012 Edward Lewis Wallant Award for American Jewish Fiction and a finalist for the 2012 National Jewish Book Award). He lives in Brooklyn, New York, and directs the MFA program in Fiction Writing at Brooklyn College.