Are you a Marie Lu fan too?

The Legend Trilogy (soon to be a quartet!) is a Distopian EPIC that centers around June, the Republic's prodigy soldier and Day, a modern-day Robin Hood.  June is fighing for her beloved Republic, the only home that she has ever known.  Day is fighting to keep his family alive in a city with the streets full of violence and disease.  Their paths cross when June goes undercover in the slums of Los Angeles to find her brother's killer and Day becomes her guide.  The only catch?  Day just may be the man that June is hunting down.

As they search the city, nurturing a tenuous alliance, June uncovers more than whe had ever bargained for--the truth of the events that brought she and Day together.  She finds out just how far her government will go to keep its secrets, even from its own treasured prodigy.

When I was in Middle School, these were my absolutely most favourite books.  The story is so exciting and romantic that once I picked up the book, I could not put it down.  I remember that I got into trouble for hiding the final book, Champion, under my desk and reading during class because I just HAD to know how the story was going to end.  I re-read the series when I found out about the 4th book, and it is still as exciting as I remember it being when I was younger.  I am so excited for the chance to meet Marie Lu.  Her books had such an impact on me when I was younger.  June was so smart, strong, and confident and is just the type of hero that you can look up to.  I am counting down the days until October 2nd when I can finally ask her to sign the books that I love so much AND to get the final chapter in the Legend story.

Legend takes all of the best parts of distopian fiction and makes them new again.  Rebellion that does not feel cliche.  Revenge that is not clear cut. And it includes a romance that you can root for, that breaks your heart right along with the characters' hearts.  These books are great for anyone, regardless of age, who want a little more rebellion in their lives. 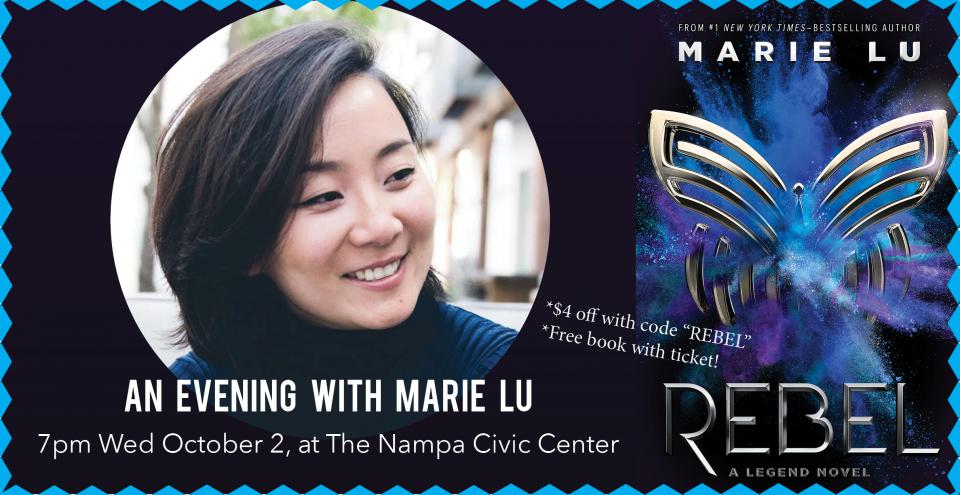