Amie Kaufman and Meagan Spooner - The Other Side of the Sky 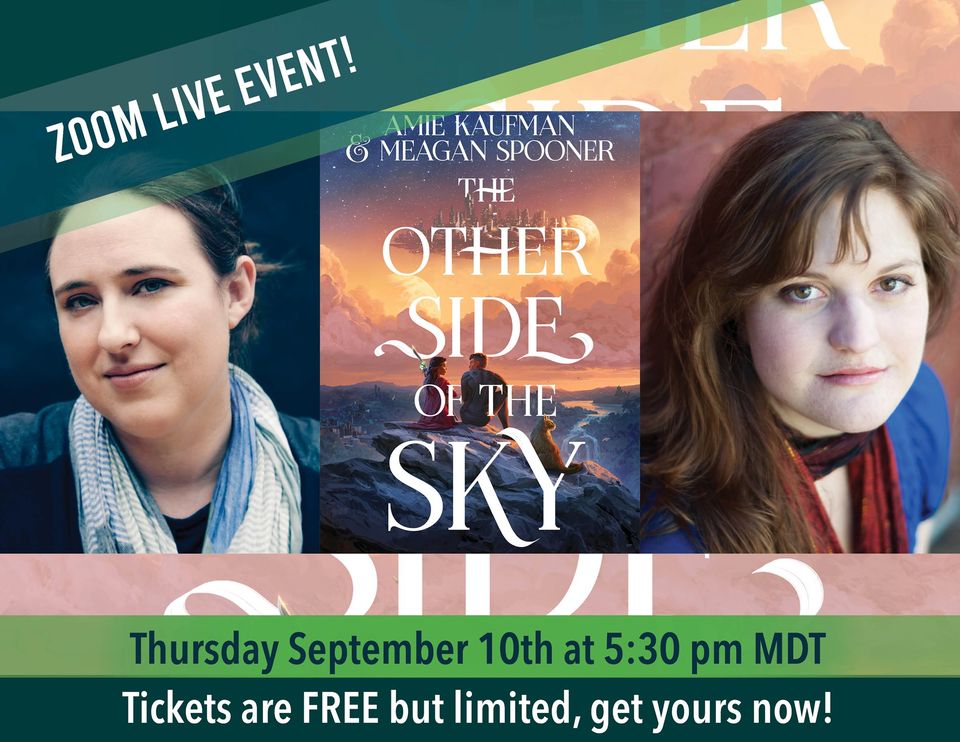 New York Times bestselling author duo Amie Kaufman and Meagan Spooner have crafted a gripping tale of magic and logic, fate and choice, and a deadly love. Perfect for fans of Laini Taylor and Brandon Sanderson. 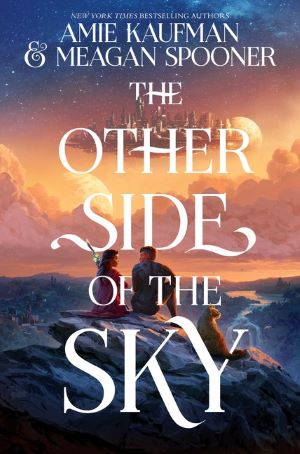 Two worlds, two hearts and a choice that will shape their fate forever.

Janus is a world divided: above the surface float the gleaming sky-cities held aloft by massive, technologically advanced engines. In the shadows beneath is an older, darker world, full of flooded byways and ancient temples governed by magic and faith.

When Prince North of Ciel falls from the sky in a terrible glider malfunction, one person sees his fiery descent like a falling star: Nimh, a goddess incarnate, searching for a way to save her struggling people. His fall fulfils an ancient prophecy in the world Below, and the two strike up a wary alliance – Nimh, so that she can fulfil her destiny and save her people, and North so that he can return to the other side of the sky and take his place as heir to the throne.

As North struggles to believe in the superstition and spellcraft rampant on the world’s surface, Nimh discovers a terrifying truth about the prophecy binding them together: that North’s fall may foretell the end of both worlds. With renegade magicians and fanatic cultists out for Nimh’s blood, and the ever-looming question of whether North’s fall was accident or betrayal, the two must stay alive long enough to seek the truth about both their worlds. Forbidden by divine law to touch, but bound together by fate and the increasingly strong pull of their own hearts, they forge a path together toward the fate of the world: to save it, or to end it.

Amie Kaufman is a New York Times and internationally bestselling author of young adult fiction. Her multi-award winning work is slated for publication in over 30 countries, and has been described as “a game-changer” (Shelf Awareness), “stylistically mesmerising” (Publishers Weekly) and “out-of-this-world awesome” (Kirkus). Her series include The Illuminae Files, The Aurora Cycle, the Other Side of the Sky duology, The Starbound Trilogy, the Unearthed duology and The Elementals Trilogy. Her work is in development for film and TV, and has taken home multiple Aurealis Awards, an ABIA, a Gold Inky, made multiple best-of lists and been shortlisted for the Prime Minister’s Literary Awards. Raised in Australia and occasionally Ireland, Amie has degrees in history, literature, law and conflict resolution, and is currently undertaking a PhD in Creative Writing. She lives in Melbourne with her husband, daughter and rescue dog, and an extremely large personal library.

Meagan Spooner grew up reading and writing every spare moment of the day, while dreaming about life as an archaeologist, a marine biologist, an astronaut. She graduated from Hamilton College in New York with a degree in playwriting, and has spent several years since then living in Australia. She’s traveled with her family all over the world to places like Egypt, South Africa, the Arctic, Greece, Antarctica, and the Galapagos, and there’s a bit of every trip in every story she writes.  Meagan Spooner is the author of SKYLARK and SHADOWLARK, the first two books in a young adult fantasy trilogy available NOW from Carolrhoda Lab/Lerner Books. She is also the co-author of THESE BROKEN STARS, the first in the young adult science fiction Starbound Trilogy available now from Disney-Hyperion.

She currently lives and writes in Asheville, North Carolina, but the siren call of travel is hard to resist, and there’s no telling how long she’ll stay there. In her spare time she plays guitar, plays video games, plays with her cat, and reads.

The Other Side of the Sky (Hardcover)