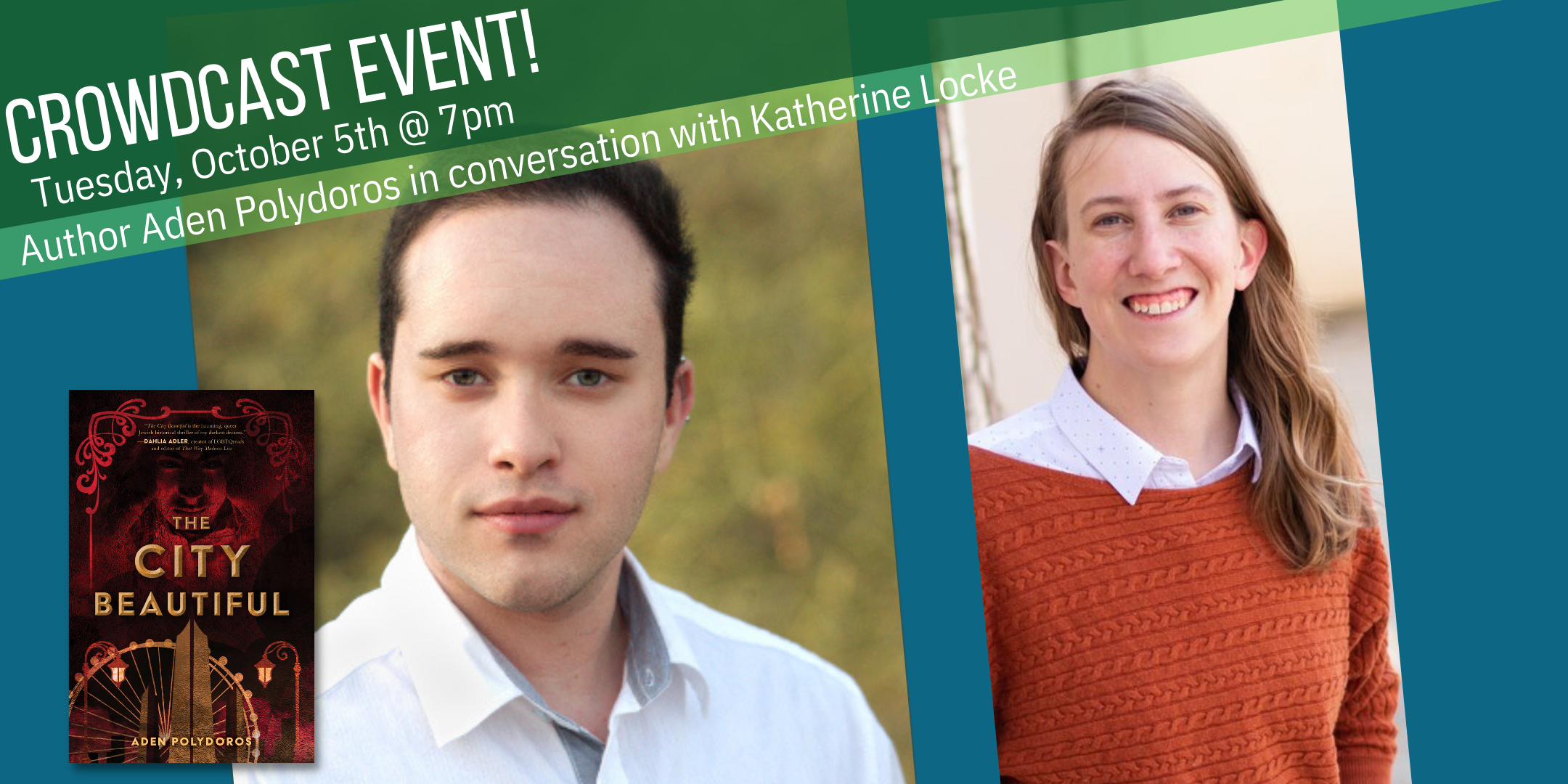 Rediscovered Books is excited to host Young Adult author Aden Polydoros for the launch of The City Beautiful, a YA historical novel set during the 1893 World's Fair. Aden will be joined in conversation by Katherine Locke — editor and YA author of The Girl with the Red Balloon.

It's 1893, and the World's Fair is in Chicago. Seventeen-year-old Romanian immigrant Alter longs to enjoy everything the White City has to offer him, but as a refugee in the United States he feels it is his responsibility to earn enough money to bring his family over from Europe. Jewish people in the Russian empire have long been the targets and victims of government-sanctioned violence, and while life in the U.S. is still not ideal for Jews, it's much safer.

But when Jewish teenage boys keep turning up dead, Alter's roommate (and secret crush), Yakov, becomes one of the victims.  Alter must find a way to bring Yakov's spirit peace - or risk his dybbuk taking over.

"Like a darkly compelling dream. I dare readers to try to put down this queer triumph of a book where myth, mystery, and death lurk around every corner of the Windy City..." - Sarah Glenn Marsh, author of the Reign of the Fallen series

Polydoros offers an unflinching depiction of anti-Semitism abroad and in Chicago while capturing Jewish intra-communal tensions with nuance. Readers looking for finely wrought historical fiction with fully realized characters are sure to be satisfied by Alter's story.

Aden Polydoros grew up in Illinois and Arizona, and has a bachelor's degree in English from Northern Arizona University. His is the author of several books of YA fiction including the Assassin Fall series. When he isn't writing, he enjoys going to antique fairs and flea markets. He can be found on Twitter at @AdenPolydoros.

Katherine Locke is the author of The Girl with the Red Balloon, a 2018 Sydney Taylor Honor Book and 2018 Carolyn W. Field Honor Book, as well as The Spy with the Red Balloon. They are the co-editor and contributor to It's A Whole Spiel: Love, Latkes and Other Jewish Stories, and a contributor to Unbroken: 13 Stories Starring Disabled Teens and the forthcoming Out Now: Queer We Go Again. They not-so-secretly believe most stories are fairytales in disguise. They live and write in Philadelphia with their feline overlords and an addiction to chai lattes. They can be found online at KatherineLockeBooks.com and @bibliogato on Twitter and Instagram.

The Spy with the Red Balloon (The Balloonmakers #2) (Hardcover)

The Spy with the Red Balloon (The Balloonmakers #2) (Paperback)