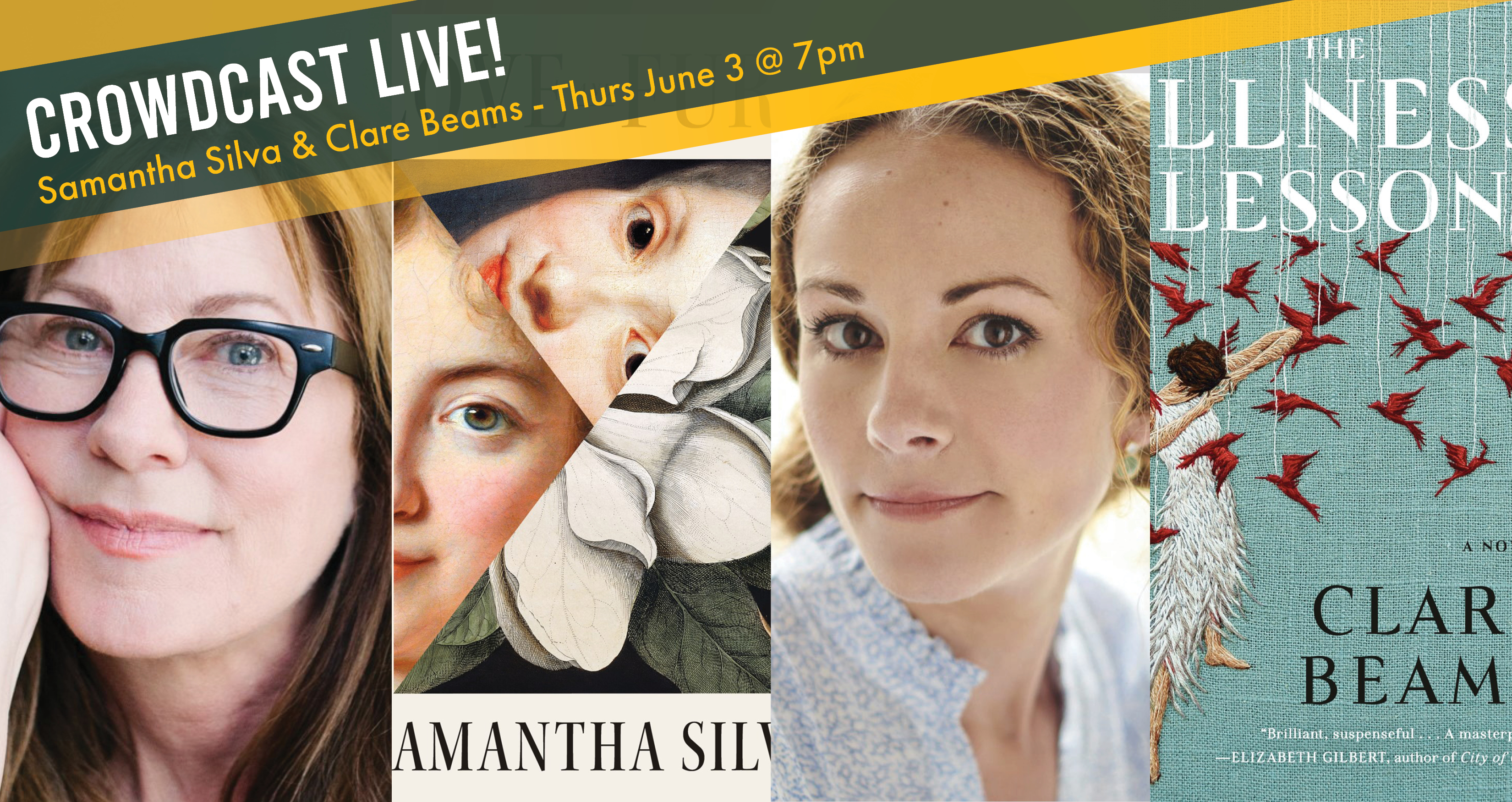 In radiant prose, Samantha Silva delivers an ode to the dazzling life of Mary Wollstonecraft, one of the world's most influential thinkers and mother of the famous novelist Mary Shelley. But at its heart, Love and Fury is a story about the power of a woman reclaiming her own narrative to pass on to her daughter, and all daughters, for generations to come.

Samantha Silva is the author of the novel, Mr. Dickens and His Carol, and a screenwriter who has sold projects to Paramount, Universal, and New Line Cinema. She lives in Boise, Idaho.

Clare Beams’s novel The Illness Lesson, published in February of 2020 by Doubleday, was named a New York Times Editors’ Choice, a best book of 2020 by Esquire and Bustle, and a best book of February by Time, O Magazine, and Entertainment Weekly, and was longlisted for the Center for Fiction First Novel Prize. Her story collection, We Show What We Have Learned, was published by Lookout Books in 2016; it won the Bard Fiction Prize, was longlisted for the Story Prize, and was a Kirkus Best Debut of 2016, as well as a finalist for the PEN/Robert W. Bingham Prize, the New York Public Library’s Young Lions Fiction Award, and the Shirley Jackson Award. A new novel, The Garden, will be published by Doubleday in 2023. Her fiction appears in One Story, Ecotone, Conjunctions, The Best American Nonrequired Reading, and elsewhere. She has received fellowships from the National Endowment for the Arts, the Bread Loaf and Sewanee Writers' Conferences, and the Sustainable Arts Foundation. She lives in Pittsburgh with her husband and two daughters and has taught creative writing at Carnegie Mellon University, Catapult, and the Center for Fiction.

Love and Fury: A Novel of Mary Wollstonecraft (Hardcover)

The Illness Lesson: A Novel (Paperback)