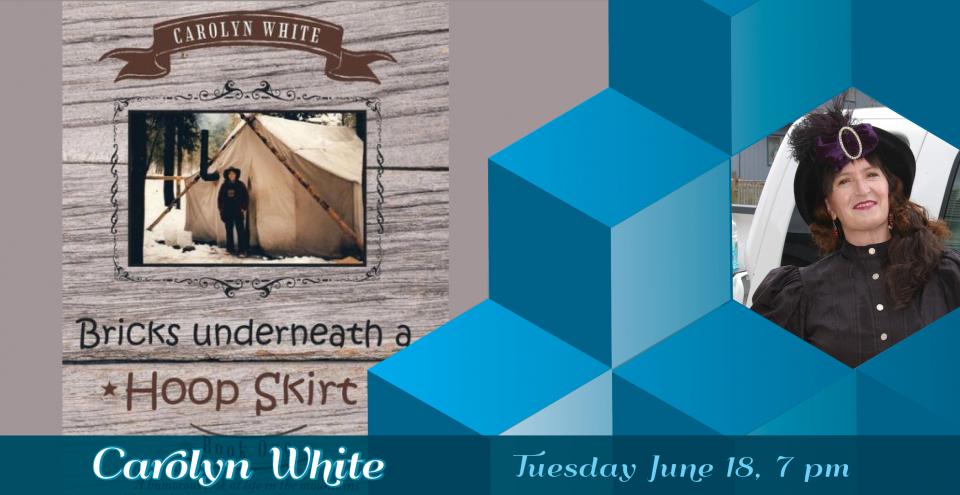 Fresh out of guide school in Kamiah, Idaho, freelance writer and photographer Carolyn White entered what was then a man's world of hunting, fishing, mule-packing, and wilderness survival. Taking a job on a primitive, isolated guest ranch, she learned to drive a team of horses, sew on a treadle machine, cook on a wood stove, and lead mule strings through the mountains. She made do without hot running tap water, television, and electricity. During long, harsh winters she battled waist-high snow, howling winds, and temperatures that dropped to thirty degrees below zero.

Documenting those adventures, White wrote hundreds of letters to friends and family under the soft glow of candles and kerosene lanterns, sending and receiving them via mail plane. Based on those letters (in addition to magazine stories and a weekly column called "Living the Good Life") Bricks underneath a Hoop Skirt is a humorous, heart-warming, and educational account of life in the rugged backcountry, written by a woman who chose to live and thrive as a modern-day pioneer.

Here are tales of the crewmen she worked with, the animals she cared for, the city slickers who drove her crazy, and the situations that eventually molded her into a woman who still believes in living simply, making do with what's on hand, and following one's dreams.