Chaotic Acts of Theatre presents "Be Afraid of This Virginia Woolf" 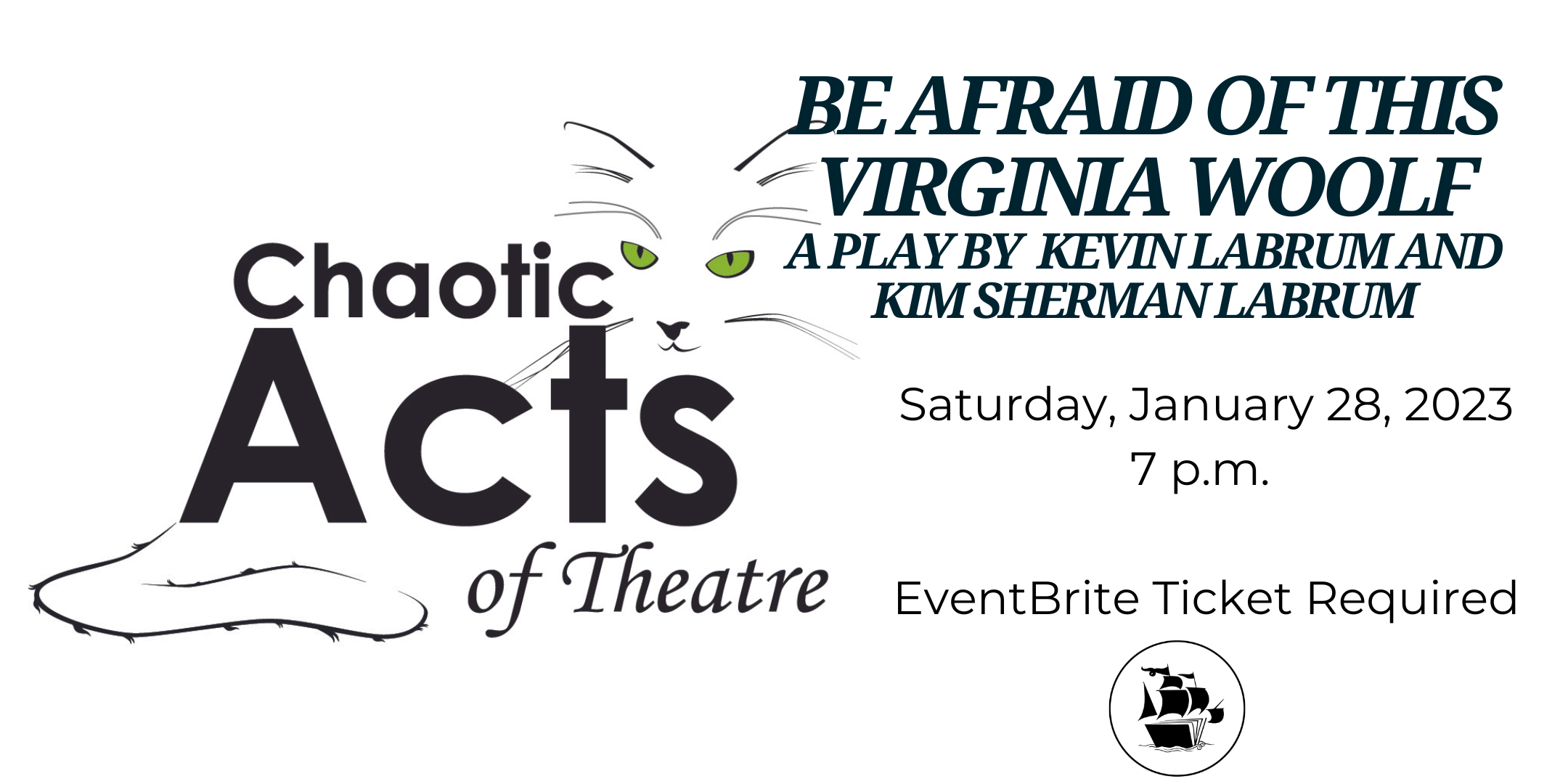 "﻿Be Afraid of This Virginia Woolf"

In this hilarious one-act, join us for the first rehearsal of the classic play Who's Afraid of Virginia Woolf? where we are introduced to the quirky actors and director who will be putting on a new interpretation of the classic. Written by local playwright (and Rediscovered Books employee), Kevin Labrum, this fun and fast look into the process of getting to know your castmates, the director's vision, and the play while keeping your sanity will have you laughing and doubting the sanity of every theater person you've ever met.

Malcolm Greene is a veteran theater actor who has taken a dream role as "George" in Who's Afraid of Virginia Woolf? after another actor has dropped out. On the first day of rehearsal, he is reunited with his friend and protege, Beth Talley, and introduced to the rest of the cast and director. As the afternoon progresses, he is forced to participate in wilder and wilder character exercises that make him question how much he wants this role. This is a fun look behind the curtain of theater and how crazy and fun it can be.

Tickets are "Pay What You Can" but seating is limited, so registration is required. Event is open to the public and all ticket proceeds will benefit Chaotic Acts of Theatre.