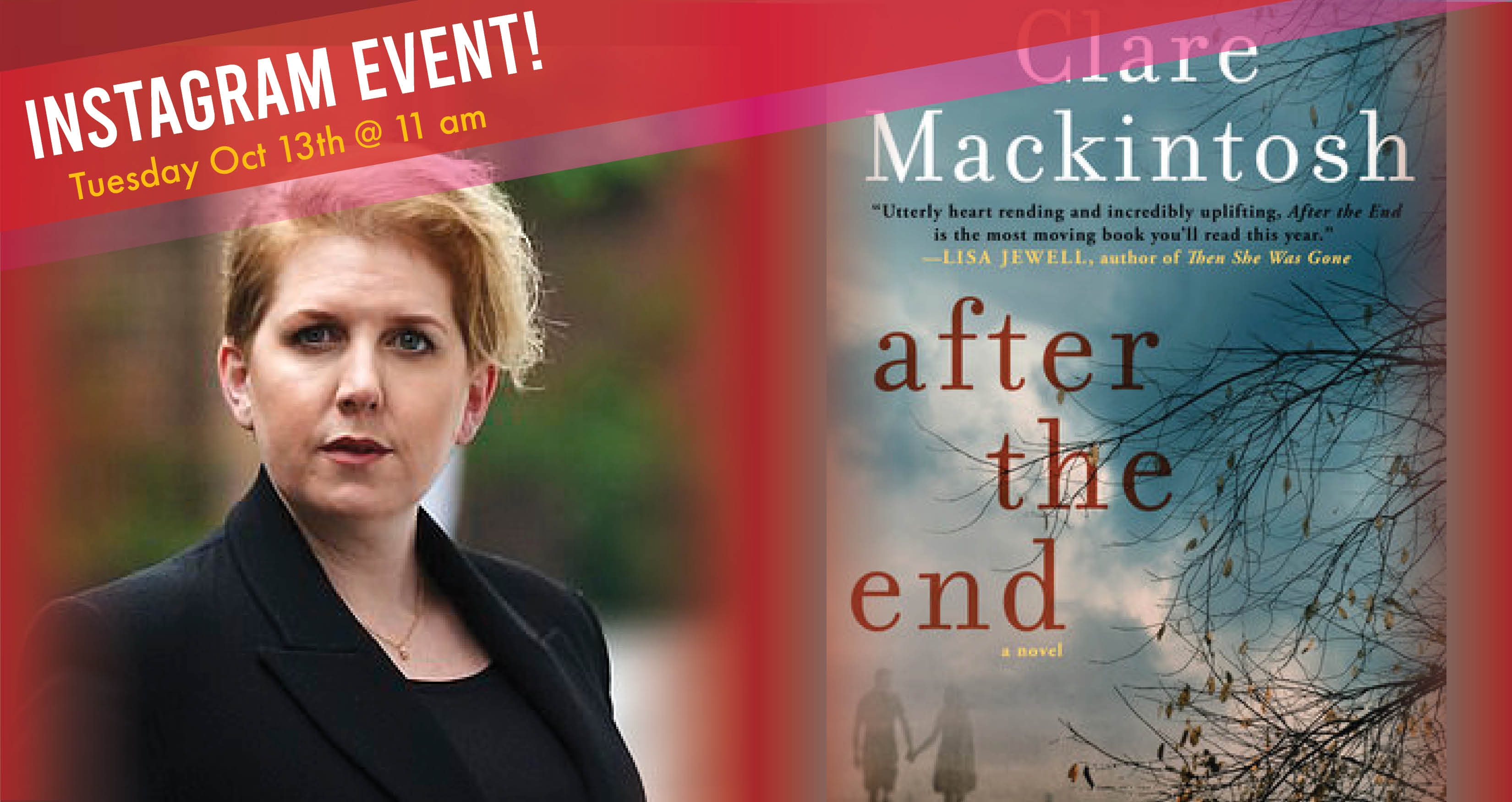 Tune in for Coffee with Clare Mackintosh as she discusses her novel, After the End, with one of our very own booksellers.

No registration needed, just show up! 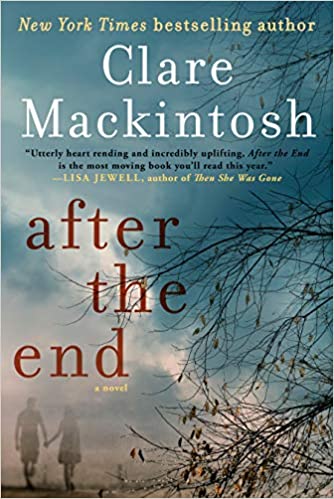 Max and Pip are the strongest couple you know. They’re best friends, lovers, unshakable. But then their son gets sick and the doctors put the question of his survival into their hands. For the first time, Max and Pip can’t agree. They each want a different future for their son.

What if they could have both?

A gripping and propulsive exploration of love, marriage, parenthood, and the road not taken, After the End brings one unforgettable family from unimaginable loss to a surprising, satisfying, and redemptive ending and the life they are fated to find. With the emotional power of Jodi Picoult’s My Sister’s Keeper, Mackintosh helps us to see that sometimes the end is just another beginning.

With more than two million copies of her books sold worldwide, Clare Mackintosh is the multi-award-winning author of I Let You Go, which was a New York Times and SundayTimes bestseller and the fastest-selling UK title by a new crime writer in 2015. It won the Theakston Old Peculier Crime Novel of the Year in 2016.Both Clare’s second and third novels, I See You and Let Me Lie, were number one Sunday Times bestsellers. All three of her thrillers were selected for the Richard & Judy Book Club.

Clare’s latest novel, After the End, was published in June 2019 and spent seven weeks in the Sunday Times hardback bestseller chart. Together, Clare’s books have been published in more than forty countries.

Clare is patron of the Silver Star Society, a charity based at the John Radcliffe hospital in Oxford, which supports parents experiencing high-risk or difficult pregnancies. She lives in North Wales with her husband and their three children.

After the End (Paperback)

END_OF_DOCUMENT_TOKEN_TO_BE_REPLACED

Caste: The Origins of our Discontents