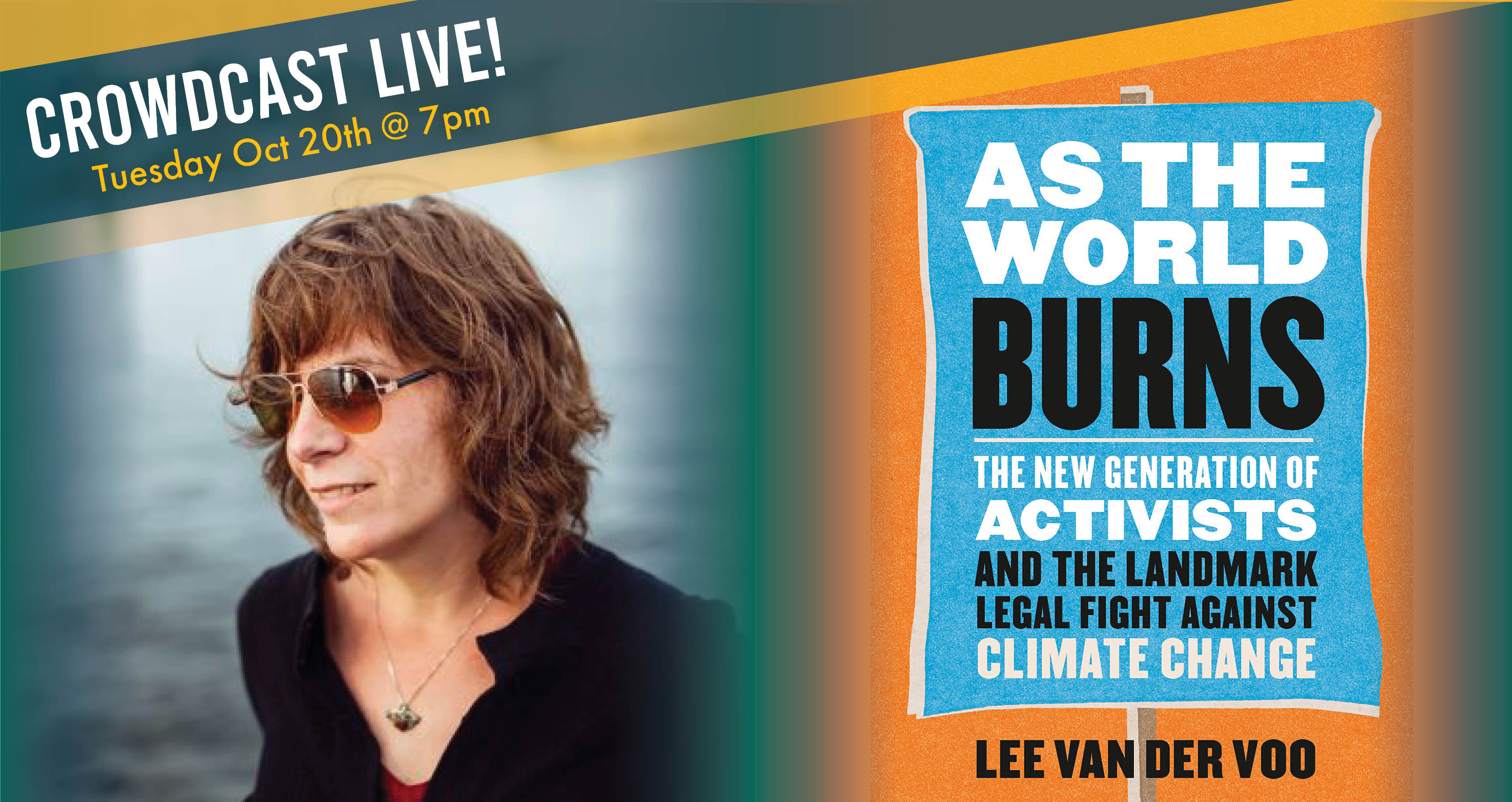 In partnership with WildEarth Guardians, we are proud to bring Lee Van Der Voo to Rediscovered Books through CrowdCast.

Lee will be interviewed by WildEarth Guardians Samantha Ruscavage-Barz about her book, As the World Burns: A New Generation of Activists and the Landmark Legal Fight Against Climate Change. 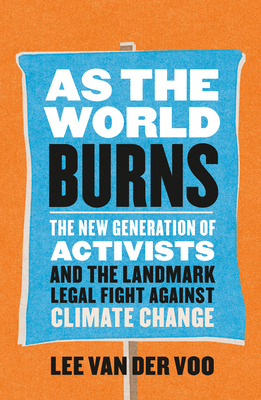 Award-winning investigative journalist Lee van der Voo reports on Juliana v. the United States. Combining unparalleled access to the plaintiffs and reporting on the natural disasters that form an urgent backdrop to the story, van der Voo shares a timely and important story about the environment, the law, and the new generation of activists.

Do children have a right to inherit a livable planet, and if so, is the government obliged to protect it? That’s the question posed by Juliana v. United States, one of the most critical lawsuits of our time.

Twenty-one young people from across America sued the federal government over climate change, charging that US actions to promote a fossil fuel economy violate their constitutional rights to life, liberty, and property. Their trial could be the civil rights trial of the century. But it hasn’t happened yet. While rare legal tactics attempt to stymie the case, As the World Burns follows the plight of the young plaintiffs, chronicling their legal battle through a year of drought and wildfire, floods and hurricanes, and the most tumultuous political season in modern history.

Acknowledging that forces larger than themselves are stealing their childhoods as well as their futures, the plaintiffs wrenchingly describe personal experiences with recurring “thousand-year” floods, wildfire smoke so thick they can’t ride a bike to school, drought that threatens family farms, and disappearing coastlines that send waves lapping ominously at their doors. Along the way, journalist Lee van der Voo weaves their experience into a broader narrative of America, where politics and policy threaten the very existence of our youth and our way of life. As the World Burns is climate breakdown like you’ve never seen it—through the eyes of the young.

As the World Burns: The New Generation of Activists and the Landmark Legal Fight Against Climate Change (Hardcover)