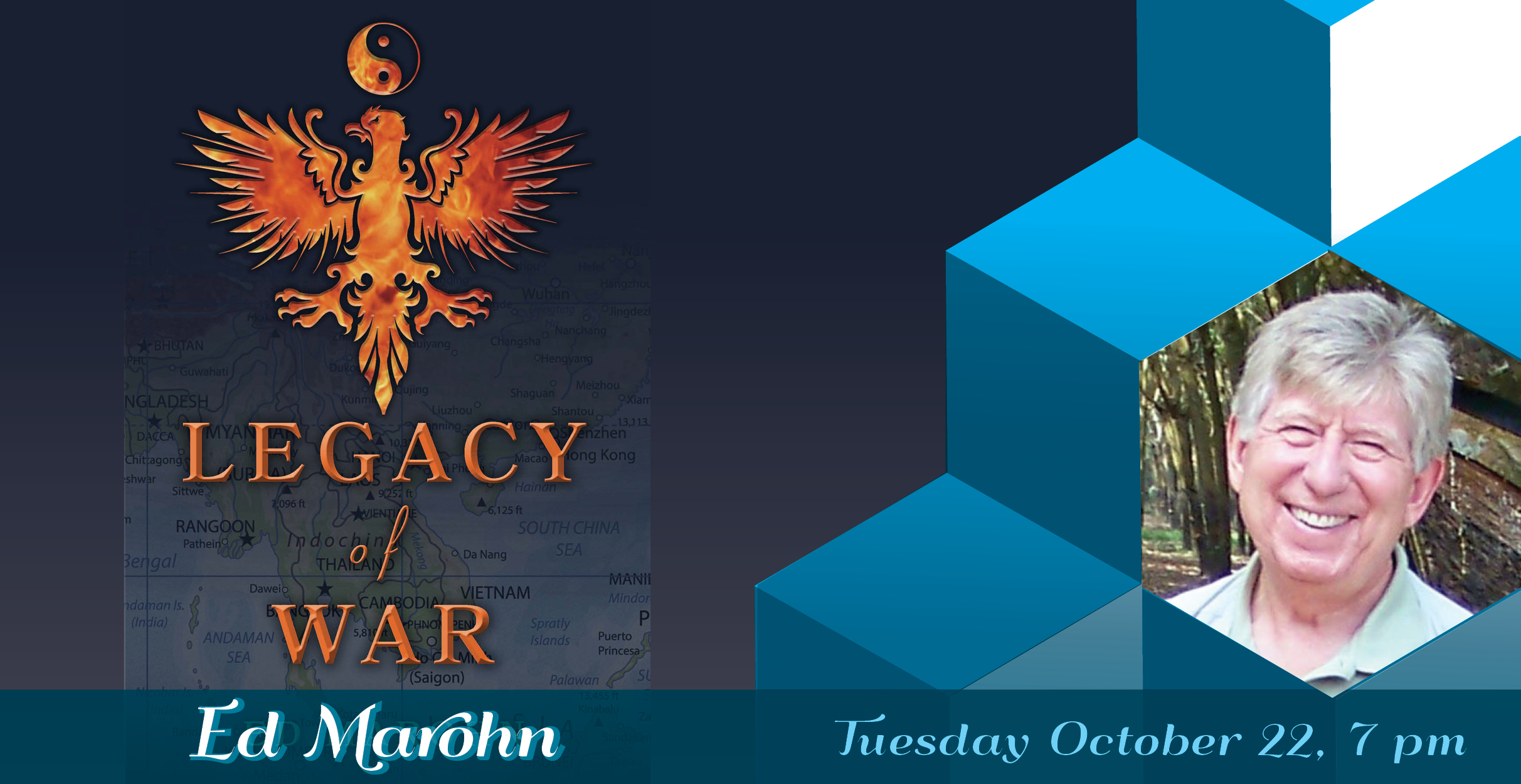 Join us for an author discussion with Ed Marohn, Legacy of War.

Psychologist John Moore is shaken when his PTSD Vietnam War patient reveals war crimes committed with a CIA agent and a South Vietnamese Army colonel. Moore, who served in the Vietnam War commanding an infantry company with the 101st Airborne Division, flashes back to his own war demons while still depressed over his wife's death. The following day the patient is found dead—an apparent suicide. Stunned, Moore begins investigating the dead patient, the rogue CIA agent, and the lethal Vietnam War apparatus--the CIA's Phoenix Program--in which 81,740 communists and innocent Vietnamese civilians were killed. An attempt on Moore's life forces him to return to Vietnam to assist officials of the Socialist Republic of Vietnam and the CIA in capturing the CIA agent and the South Vietnamese Army colonel. Both fled to Vietnam during Tet, the Vietnamese New Year, to blend and disappear with the 80 million Vietnamese traveling and celebrating. The two intend to recover buried loot, hidden since 1973. In the sweltering jungles of diverse, mysterious Vietnam, shrouded in his war memories, John Moore partners with an attractive female Vietnam National Police Agent, conflicted over his feelings for her, and for being allied with the former North Vietnamese who show their animosity toward him for all the death and destruction of the war. His pursuit of the CIA agent, a fellow American, comes to a conclusion in Laos on the old Ho Chi Minh Trail.

Ed Marohn served in the Vietnam War with the 25th Infantry Division and the 101st Airborne Division. He was later an Assistant Professor of Military History at the University of Nevada. He will be signing books aftwards.