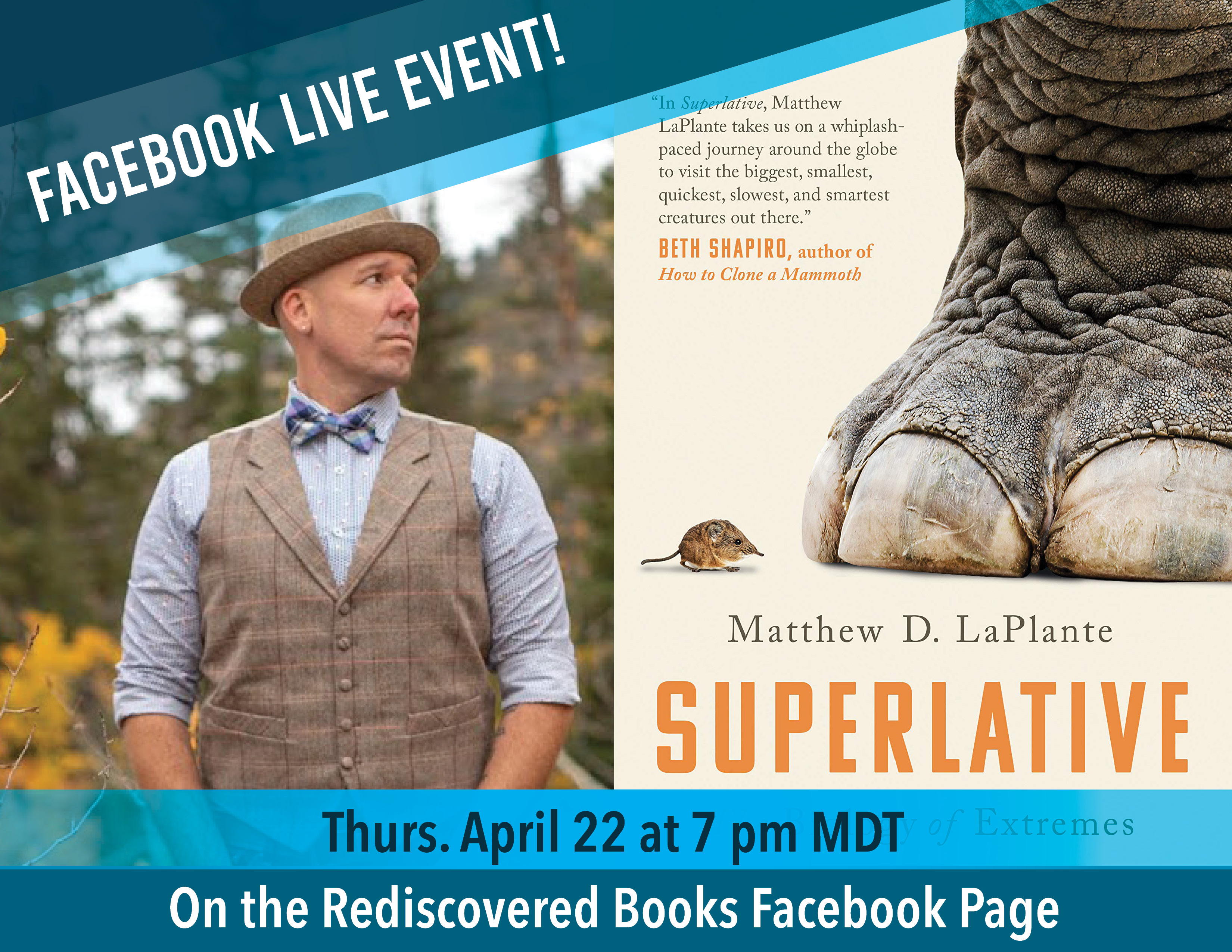 Rediscovered Books is thrilled to host Matthew D. LaPlante, journalist, professor, and author of Superlative: The Biology of Extremes as a Facebook LIVE Virtual Event.

The world's largest land mammal could help us end cancer. The fastest bird is showing us how to solve a century-old engineering mystery. The oldest tree is giving us insights into climate change. The loudest whale is offering clues about the impact of solar storms.

For a long time, scientists ignored superlative life forms as outliers. Increasingly, though, researchers are coming to see great value in studying plants and animals that exist on the outermost edges of the bell curve.

As it turns out, there’s a lot of value in paying close attention to the “oddballs” nature has to offer.

Go for a swim with a ghost shark, the slowest-evolving creature known to humankind, which is teaching us new ways to think about immunity. Get to know the axolotl, which has the longest-known genome and may hold the secret to cellular regeneration. Learn about Monorhaphis chuni, the oldest discovered animal, which is providing insights into the connection between our terrestrial and aquatic worlds.

The biggest, smallest, fastest, slowest, oldest, and smartest animals make for interesting trivia, but science has often written them off as outliers and failed to study them in depth--until now. LaPlante uses his skills as an investigative journalist to examine what extreme evolution can teach us about ourselves and our planet.

Superlative is the story of extreme evolution, and what we can learn from it about ourselves, our planet, and the cosmos. It's a tale of crazy-fast cheetahs and super-strong beetles, of microbacteria and enormous plants, of whip-smart dolphins and killer snakes.

Matthew D. LaPlante is an associate professor of journalism at Utah State University and the co-author of several books on scientific research. His journalistic credits include bylines in The Salt Lake Tribune, Washington Post, and CNN. Superlative is his first solo book.

Superlative: The Biology of Extremes (Paperback)