Facebook LIVE with Steven Mayfield - Treasure of the Blue Whale 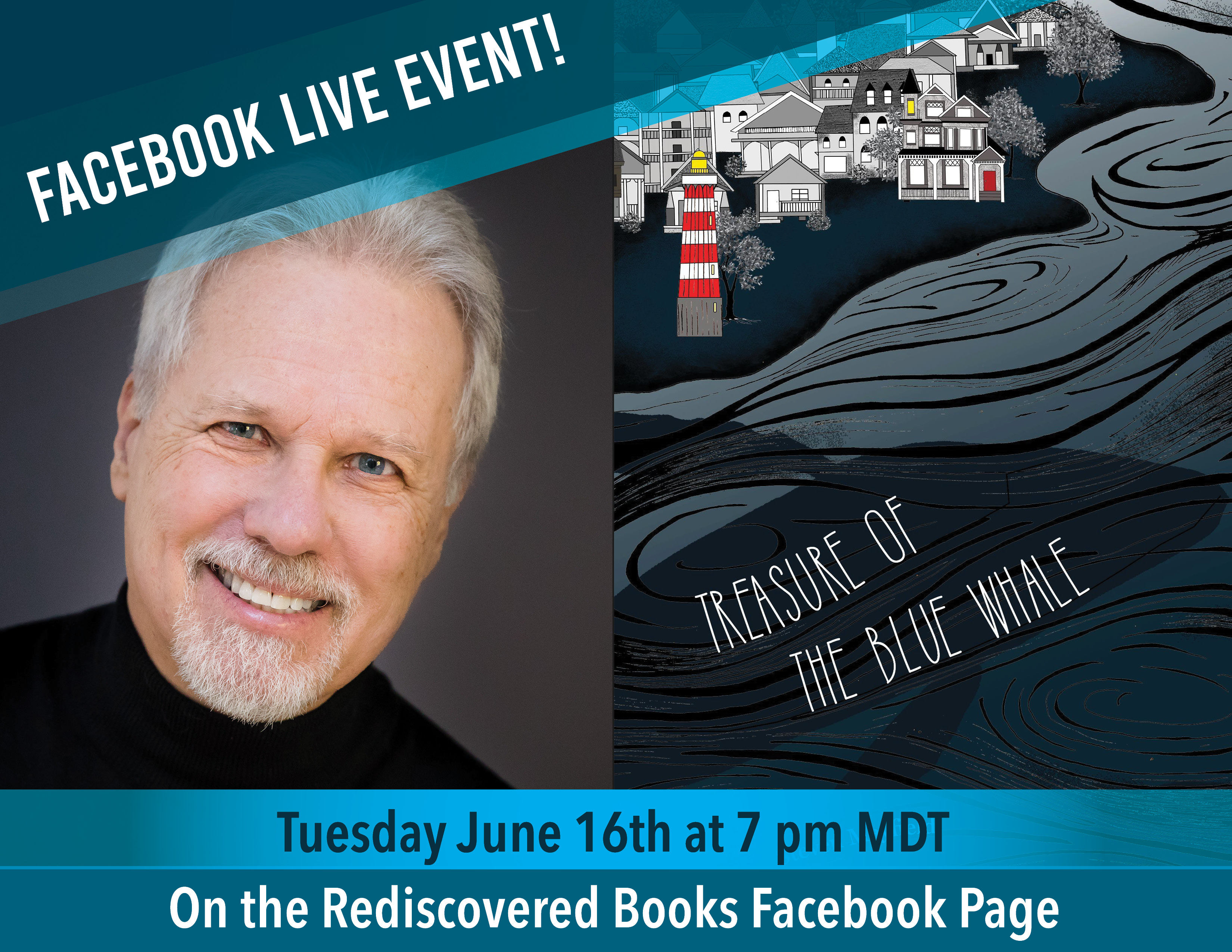 Join Rediscovered Books and Steven Mayfield as he discusses his new book, Treasure of the Blue Whale.

In this whimsical, often funny, Depression-era tale, young Connor O'Halloran decides to share a treasure he's discovered on an isolated stretch of Northern California beach. Almost overnight, his sleepy seaside village is comically transformed into a bastion of consumerism, home to a commode with a jeweled seat cover, a pair of genuinely fake rare documents, a mail-order bride, and an organ-grinder's monkey named Mr. Sprinkles. But when it turns out that the treasure is not real, Connor must conspire with Miss Lizzie Fryberg and a handful of town leaders he's dubbed The Ambergrisians to save their friends and neighbors from financial ruin. Along the way, he discovers other treasures in the sometimes languid, sometimes exciting days of that long-ago season. He is rich and then he isn't. He learns to sail a boat and about sex. He meets a real actor. He sneaks into villainous Cyrus Dinkle's house and steals his letter opener. He almost goes to jail. He loves Fiona Littleleaf. He finds a father. And best of all, he and little brother, Alex, reclaim their mother from the darkness of mental illness.

Steven Mayfield is a past recipient of the Mari Sandoz Prize for fiction and the author of Howling at the Moon, a Best Books of 2010 selection by USA Book News. He lives in Portland, Oregon with his wife and three spoiled mutts.

Treasure of the Blue Whale (Paperback)