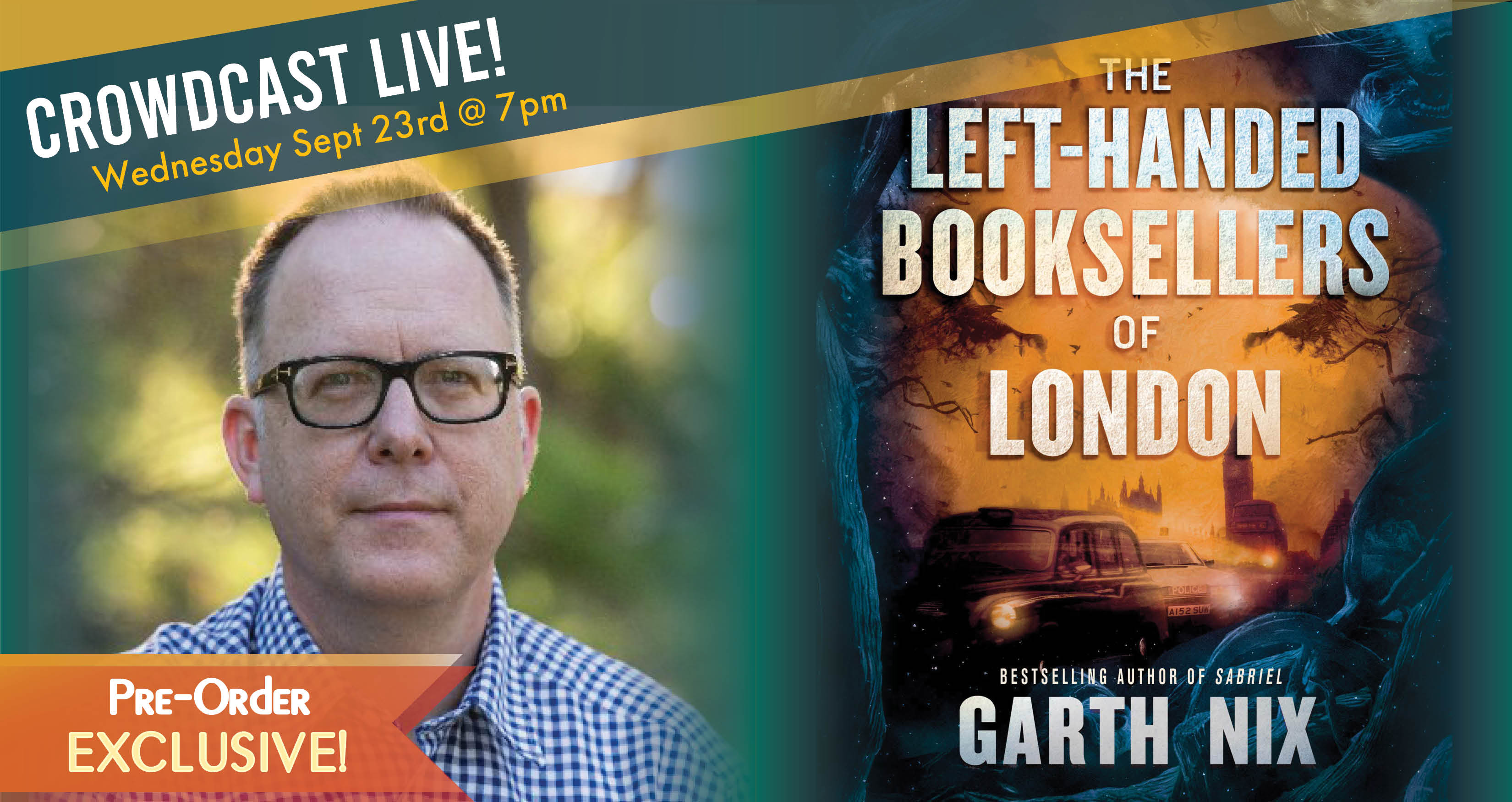 Tickets Available to the first 75 people to Pre-Order a copy of the book! 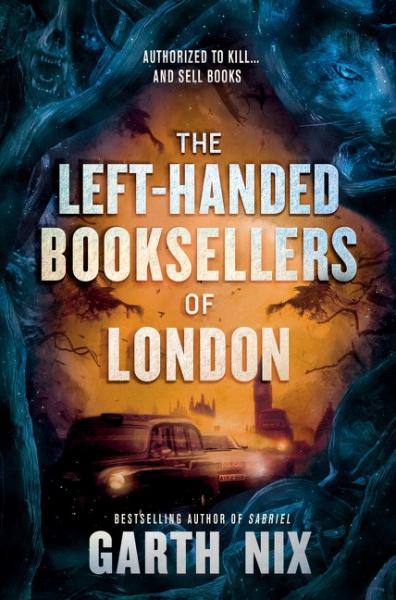 A girl’s quest to find her father leads her to an extended family of magical fighting booksellers who police the mythical Old World of England when it intrudes on the modern world. From the bestselling master of teen fantasy, Garth Nix.

In a slightly alternate London in 1983, Susan Arkshaw is looking for her father, a man she has never met. Crime boss Frank Thringley might be able to help her, but Susan doesn’t get time to ask Frank any questions before he is turned to dust by the prick of a silver hatpin in the hands of the outrageously attractive Merlin.

Merlin is a young left-handed bookseller (one of the fighting ones). With the right-handed booksellers (the intellectual ones), he belongs to an extended family of magical beings who police the mythic and legendary Old World when it intrudes on the modern world, in addition to running several bookshops.

Susan’s search for her father begins with her mother’s possibly misremembered or misspelled surnames, a reading-room ticket, and a silver cigarette case engraved with something that might be a coat of arms.

Merlin has a quest of his own: to find the Old World entity who used ordinary criminals to kill his mother. As he and his sister, a right-handed bookseller named Vivien, tread in the path of a botched or covered-up police investigation from years past, they find their quest strangely overlaps with Susan’s. Who or what was her father? Susan, Merlin, and Vivien must find out, as the Old World erupts dangerously into the New.

Garth Nix is a New York Times bestselling novelist of the Old Kingdom fantasy series, beginning with Sabriel and continuing to Goldenhand; the sci-fi novels Shade’s Children and A Confusion of Princes; the Regency romance with magic Newt’s Emerald; and novels for children including The Ragwitch; the Seventh Tower sequence; the Keys to the Kingdom series; and Frogkisser!. Garth has written numerous short stories, some of which are collected in Across the Wall and To Hold the Bridge. He has also cowritten several children’s book series with Sean Williams, including Troubletwisters and Have Sword, Will Travel. You can find him online at www.garthnix.com.

The Left-Handed Booksellers of London (Hardcover)