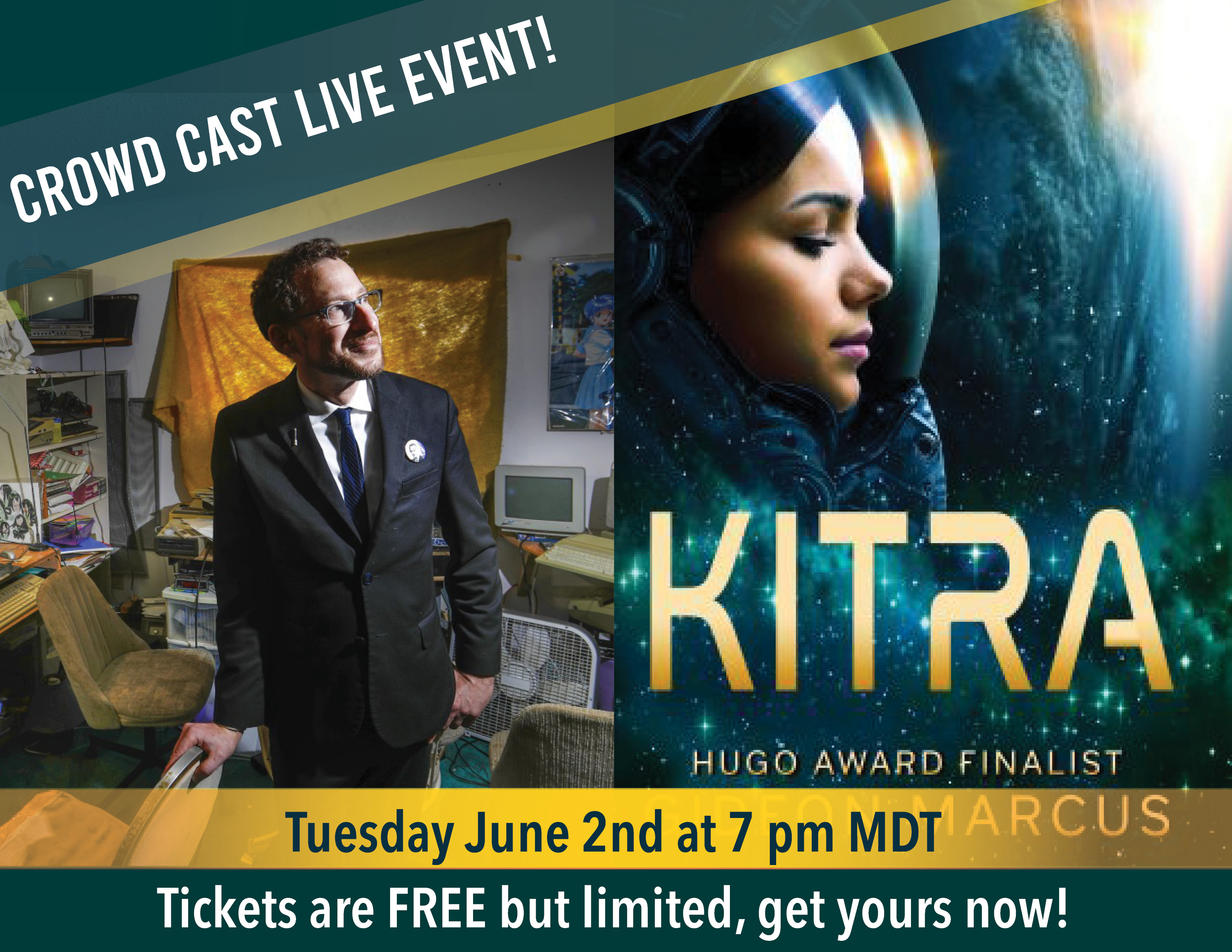 Get your FREE ticket here!

Stranded in space: no fuel, no way home...and no one coming to help.Nineteen-year-old Kitra Yilmaz dreams of traveling the galaxy like her Ambassador mother. But soaring in her glider is the closest she can get to touching the stars--until she stakes her inheritance on a salvage Navy spaceship.On its shakedown cruise, Kitra's ship plunges into hyperspace, stranding Kitra and her crew light years away. Tensions rise between Kitra and her shipmates: the handsome programmer, Fareedh; Marta, biologist and Kitra's ex-girlfriend; Peter, the panicking engineer, and the oddball alien navigator, Pinky.Now, running low on air and food, it'll take all of them working together to get back home.

San Diego native Gideon Marcus is an award-winning science fiction author and space historian, founder of the 3x Hugo-nominated Galactic Journey, a portal to 55 years ago in Science Fact and Fiction. His newest endeavor is Journey Press, which has produced "Rediscovery: SF by Women (1958 to 1963)," the YA space adventure, "Kitra," and is reprinting Tom Purdom's classic, "I Want the Stars." Rosel George Brown's "Galactic Sibyl Sue Blue" comes out next year! Gideon lives with his writing and editing partner, Janice, and their polymath teenage daughter, Lorelei. And two cats and a snake.

END_OF_DOCUMENT_TOKEN_TO_BE_REPLACED

How to Be An Anti-Racist