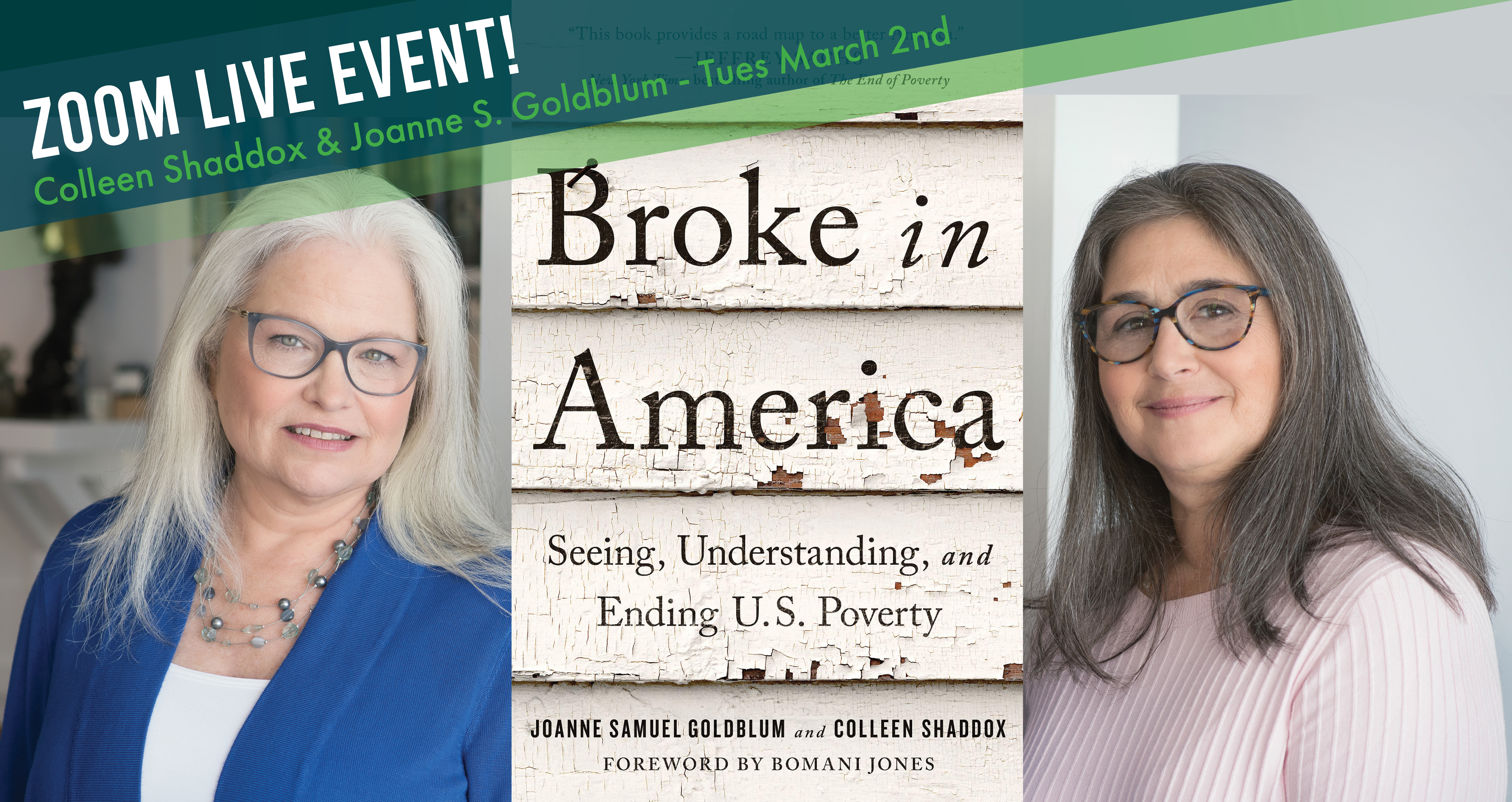 Join us for a conversation with Joanne Goldblum, CEO and founder of the National Diaper Bank Network, and Colleen Shaddox, a journalist and activist, as they shed light on the realities faced by those living in poverty across the United States and provide a roadmap for eradicating poverty via policy changes.

Water. Food. Housing. The most basic and crucial needs for survival, yet 40 percent of people in the United States don’t have the resources to get them. With key policy changes, we could eradicate poverty in this country within our lifetime—but we need to get started now.

Nearly 40 million people in the United States live below the poverty line—about $26,200 for a family of four. Low-income families and individuals are everywhere, from cities to rural communities. While poverty is commonly seen as a personal failure, or a deficiency of character or knowledge, it’s actually the result of bad policy.

Public policy has purposefully erected barriers that deny access to basic needs, creating a society where people can easily become trapped—not because we lack the resources to lift them out, but because we are actively choosing not to. Poverty is close to inevitable for low-wage workers and their children, and a large percentage of these people, despite qualifying for it, do not receive government aid.

Joanne Samuel Goldblum is CEO and founder of the National Diaper Bank Network, encompassing more than 200 member organizations that provide diapers and other basic needs to families across America. In 2018, she founded the Alliance for Period Supplies, which provides free hygiene products to the one in four people for whom menstruation means difficulty attending school and work. Joanne has spent her career working with and advocating for families in poverty. She has written op-eds for Washington Post, US News & World Report, and HuffPost. She has been an ABC Person of the Week and the subject of profiles by CNN, People, and many other outlets. Joanne is an inspiring and in-demand speaker. In 2007, she was chosen as one of 10 Robert Wood Johnson Community Health Leaders on the basis of her work to found the New Haven Diaper Bank.

Colleen Shaddox is a print and radio journalist and activist. Her publication credits include New York Times, Washington Post, National Public Radio, America, and many more. She left daily newspapers when an editor reprimanded her for "writing too many stories about poor people" and went to work in a soup kitchen. She has had one foot in journalism and one in non-profits ever since. In states throughout the country, Colleen has worked on winning campaigns to get kids out of adult prisons, to end juvenile life without parole, and to limit shackling in juvenile courts. She is a frequently anthologized fiction writer. Her award-winning play, The Shakespeares, and other dramatic works have been performed around the country.

Broke in America: Seeing, Understanding, and Ending Us Poverty (Hardcover)