Kris Millgate - My Place Among Men 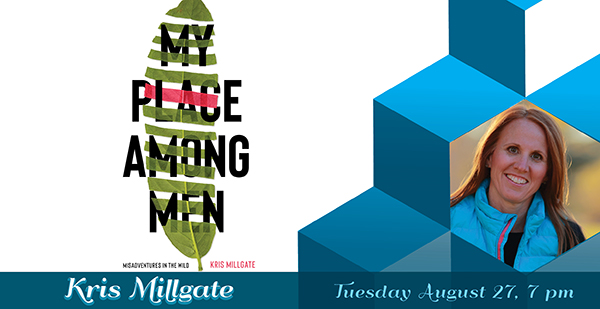 Kris Millgate - My Place Among Men

In My Place Among Men, outdoor journalist Kris Millgate explores not only the wildest backcountry of America but her own experiences growing up poor and Mormon in Utah—and, ultimately, what it took to create a different life for herself. Her memoir is a powerful tapestry of adventure, personal growth, and identity. In the lineage of Cheryl Strayed, Millgate may look to nature to find her place, but she's just as relentless as the wild itself.

“A blueprint for the next generation of brave, caring young women to make a difference in the outdoors.” —Bruce Reichert, Idaho Public Television

Kris Millgate graduated from the University of Utah with a degree in broadcast journalism in 1997. She worked for several TV news networks before founding Tight Line Media in 2006. Millgate is a leading member of Outdoor Writers Association of America, a life member of Trout Unlimited, an elementary school volunteer, and a former Idaho Falls Parks and Recreation commissioner. She is an avid fly fisher, ultra trail runner and youth hockey coach. Millgate currently reports for PBS, USA Today, Field & Stream, and East Idaho Outdoors. My Place Among Men is her first book. See her work at www.tightlinemedia.com

My Place Among Men (Paperback)