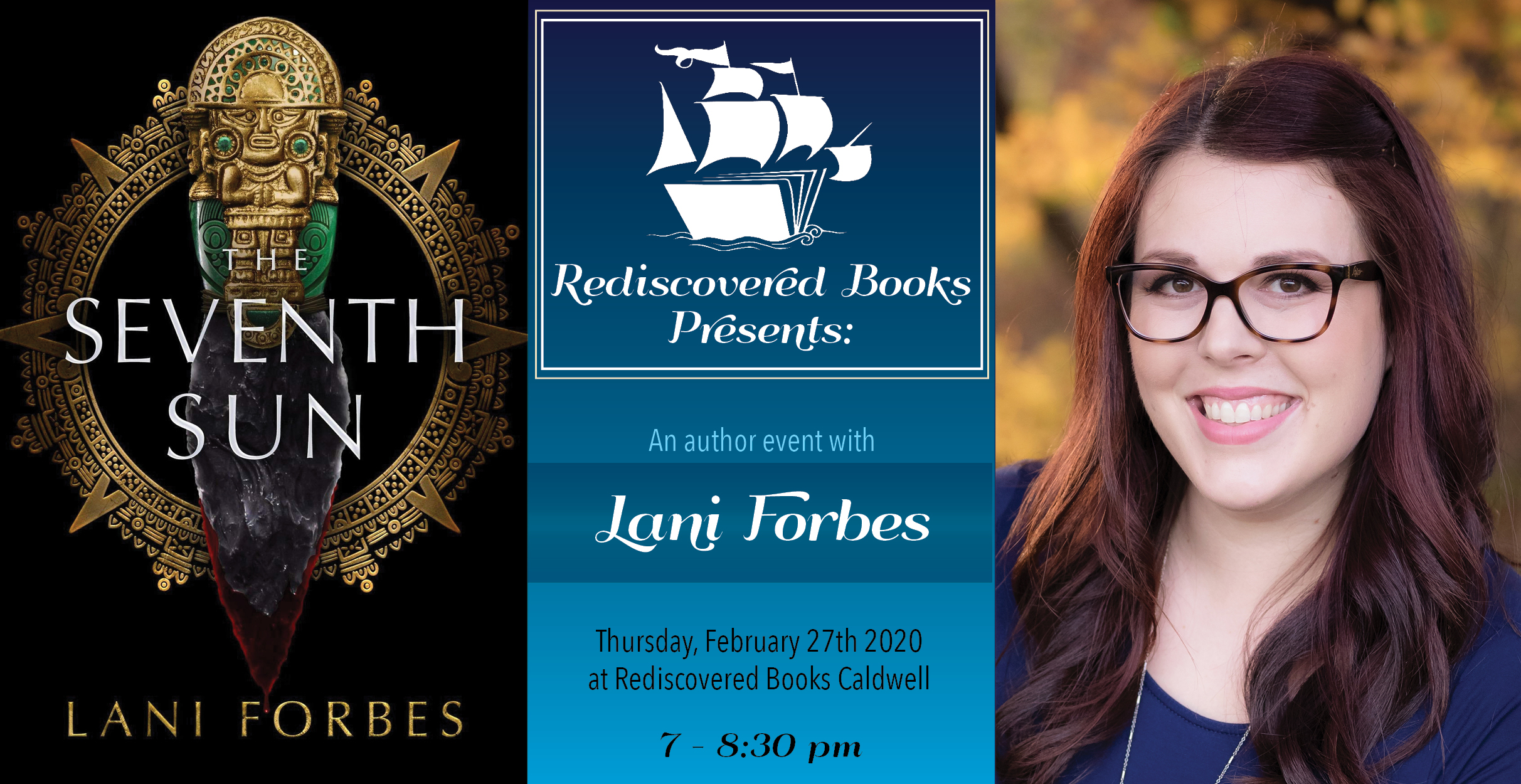 Join us in the vault at Rediscovered Books - Caldwell for a visit with debut author, Lani Forbes, about her newly released Young Adult Fiction novel, The Seventh Sun.

Thrust into leadership upon the death of his emperor father, young Prince Ahkin feels completely unready for his new position. Though his royal blood controls the power of the sun, he’s now responsible for the lives of all the Chicome people. And despite all Ahkin’s efforts, the sun is fading—and the end of the world may be at hand.

For Mayana, the only daughter of the Chicome family whose blood controls the power of water, the old emperor’s death may mean that she is next. Prince Ahkin must be married before he can ascend the throne, and Mayana is one of six noble daughters presented to him as a possible wife. Those who are not chosen will be sacrificed to the gods.

Only one girl can become Ahkin’s bride. Mayana and Ahkin feel an immediate connection, but the gods themselves may be against them. Both recognize that the ancient rites of blood that keep the gods appeased may be harming the Chicome more than they help. As a bloodred comet and the fading sun bring a growing sense of dread, only two young people may hope to change their world.

Rich in imagination and romance, and based on the legends and history of the Aztec and Maya people, The Seventh Sun brings to vivid life a world on the edge of apocalyptic disaster.

Lani Forbes is the daughter of a librarian and an ex-drug-smuggling surfer, which explains her passionate love of the ocean and books. A California native whose parents live in Mexico, she now resides in the Pacific Northwest, where she stubbornly wears flip-flops no matter how cold it gets. She teaches middle school math and science and proudly calls herself a nerd and a Gryffindor. She is also an award-winning member of the Romance Writers of America and the Society for Children’s Book Writers and Illustrators.

The event is free and open to the public.

Lani will be signing books after the event.

Books available for pre-order or at the bookstore prior to or on the night of the event. 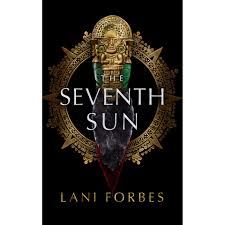