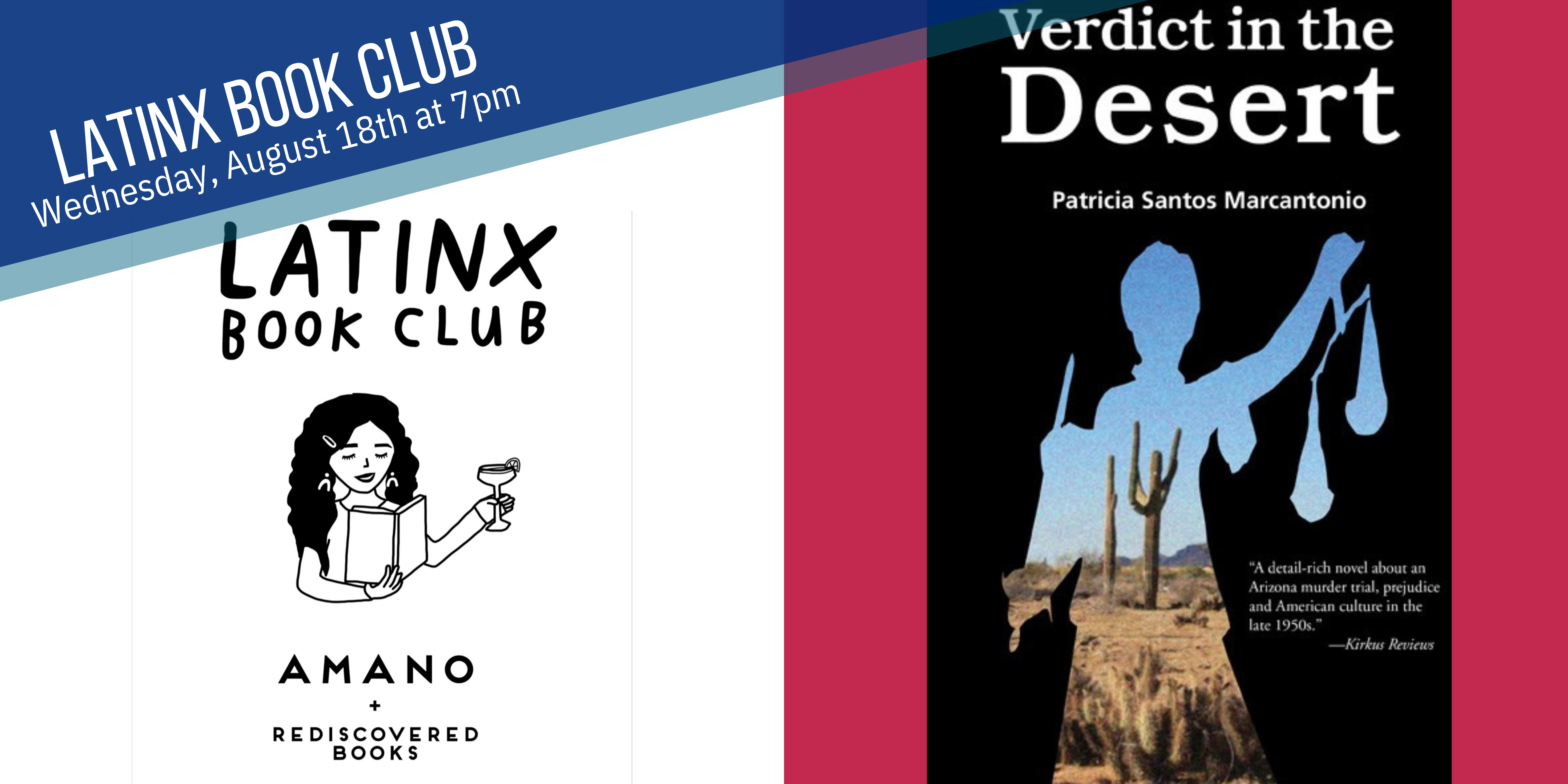 In this evocative exploration of class and race in 1950s America, Bobby Darin is on the juke box, Doris Day is on the silver screen, and pink flamingos grace front yards.

Michael Shaw is an alcoholic lawyer struggling with his reputation as the son of one of Mitchell County's wealthiest, most successful attorneys. Toni Garcia, the first in her family to obtain a college degree, has returned to Borden, Arizona, worried for her father’s declining health. But as a Mexican American, Toni can’t get a teaching job in spite of her education and intellect.

Their worlds collide when Michael is assigned to represent Maria Sanchez Curry in the violent murder of her husband. Toni, desperate for work, accepts a job as the defendant's interpreter.

VERDICT IN THE DESERT crafts a stirring tale of forbidden love in a world where democracy rules but due process and fair treatment aren't as readily available when you're from the wrong side of the tracks.

Patricia Santos Marcantonio comes from a family of storytellers. They tell stories about their own past and traditions, tales about people they have met and things they have done, and all in a way that makes you want to keep listening and beg for more. That’s where she got her desire to write and tell stories of her own.

She is the author of the Felicity Carrol mystery series and an award-winning collection of short stories, Red Ridin' in the Hood and Other Cuentos.

She earned a Bachelor of Science degree with distinction in mass communications from the University of Southern Colorado (now Colorado State University-Pueblo). She is an award-winning journalist and served as a Newspaper Association of America New Media Fellow.

Her screenplays have won, placed or hit the top percentage in several contests, including MORE Women in Film, Screenwriting Expo 5, Women in Film Las Vegas, the Phoenix Film Festival contest, Reel Women of the West, and Cinestory and took first in the Willamette Writers Kay Snow  and Idaho Writers Guild Rendezvous Screenplay contests. Member of Dramatists Guild of America and Idaho Writers Guild.