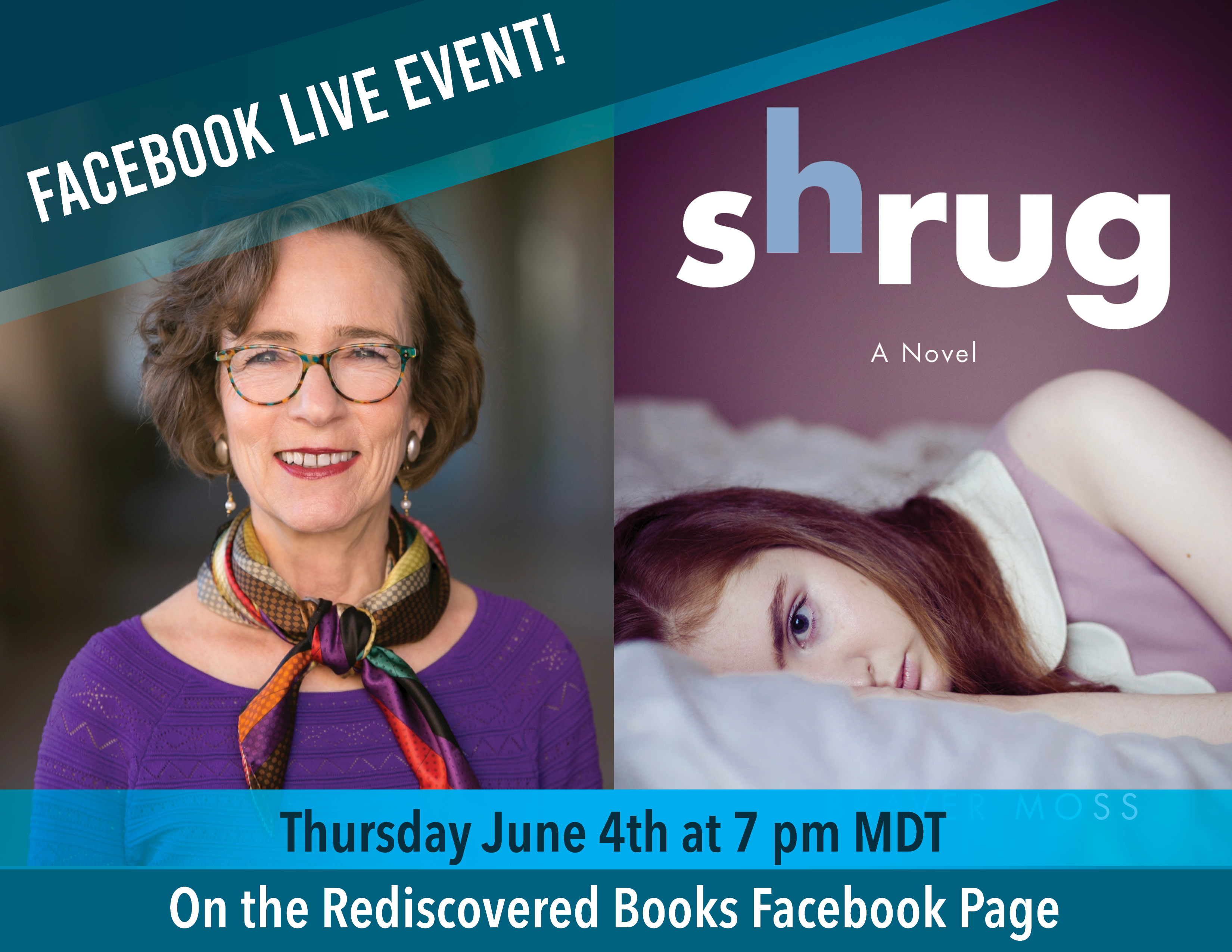 OAKLAND, California –When you ask most Americans to think about Berkeley, California, in the 1960s, they’ll likely picture flower children calling for peace and anti-war protestors filling the streets. The decade was a turning point in America, a time of radical change. And in the context of her family life, Martha Goldenthal is a radical. But her rebellion isn’t sex, drugs, or rock ’n’ roll – it’s doing well in school and escaping her battering, academia-hating father and her disturbed mother.

In her unflinching new novel Shrug (She Writes Press, Aug. 13, 2019), Lisa Braver Moss gives voice to a private narrative of the 1960s – one that quietly existed, without headlines and threats of tear gas, but still not without turmoil. Moss draws from her own experience as a survivor of childhood domestic violence who came of age in Berkeley during the seismic ’60s to craft the novel’s lead, Martha, a teenager with a nervous tic (a shrug of the shoulder) who is waging a private rebellion while her peers take part in a very public, nationwide movement.

In “Shrug,” Moss delicately navigates the complexities of family abuse through the perspective of a parentified child and her self-blame and need for control. Martha must endure her parents’ hideous divorce, the loss of her father’s record store and livelihood, her mother’s heartless eviction of her from the family home, and an unlikely custody case putting her in her father’s care. Can Martha find her way to a brighter future?

LISA BRAVER MOSS is the author of the award-winning novel Shrug (She Writes Press, Aug. 13, 2019). Her work has appeared in Parents, Tikkun, Lilith, the Huffington Post and more. Moss is the author of the novel The Measure of His Grief (Notim Press, 2010). Her nonfiction book credits include Celebrating Family: Our Lifelong Bonds with Parents and Siblings (Wildcat Canyon Press, 1999) and, as a co-author, The Mother’s Companion: A Comforting Guide to the Early Years of Motherhood (Council Oak Books, 2001). She is also the co-author of Celebrating Brit Shalom (Notim Press, 2015), the first-ever book of ceremonies and music for Jewish families opting out of circumcision. Moss is a survivor of childhood domestic violence and grew up in Berkeley, California. She lives with her husband in nearby Piedmont. They have two grown sons.

Books are available for pre-order or will be available in store for the event.

Event is free and open to the public.

This book has won the following awards: