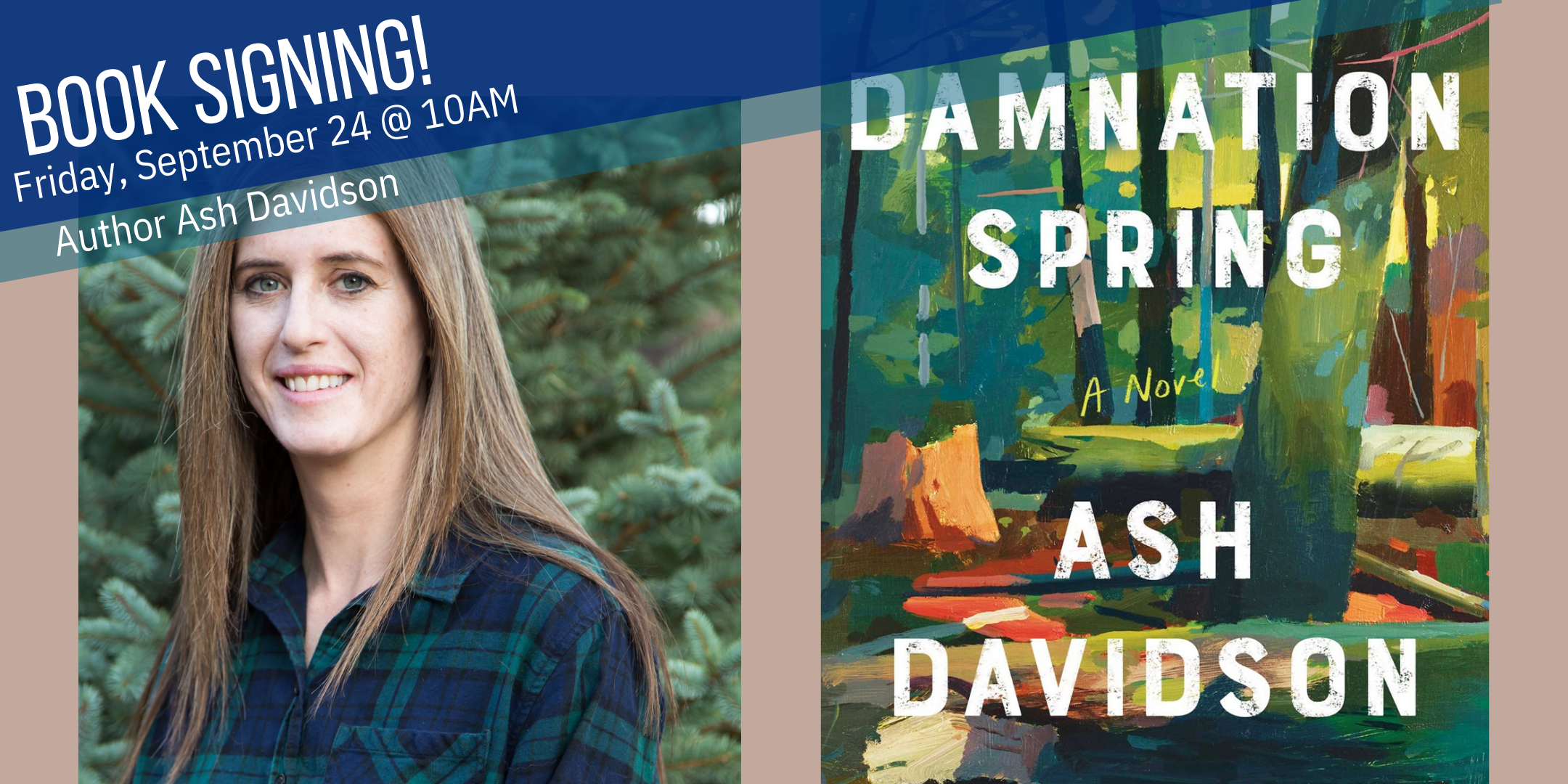 "Damnation Spring joins Richard Powers’s Overstory and Annie Proulx’s Barkskins in a growing collection of epic novels about our interactions with trees."
—The Washington Post

"A beautifully immersive debut...a compassionate portrayal of a family and community clinging to a quickly vanishing way of life."
—Arizona Daily Sun

An epic, immersive debut, Damnation Spring is the deeply human story of a Pacific Northwest logging town wrenched apart by a mystery that threatens to derail its way of life.

For generations, Rich Gundersen’s family has chopped a livelihood out of the redwood forest along California’s rugged coast. Now Rich and his wife, Colleen, are raising their own young son near Damnation Grove, a swath of ancient redwoods on which Rich’s employer, Sanderson Timber Co., plans to make a killing. In 1977, with most of the forest cleared or protected, a grove like Damnation is a logger’s dream.

It’s dangerous work. Rich has already lived decades longer than his father, killed on the job. Rich wants better for his son, Chub, so when the opportunity arises to buy 24-7 Ridge—costing them all the savings they’ve squirreled away for their growing family—he grabs it, unbeknownst to Colleen. Because the reality is their family isn’t growing; Colleen has lost several pregnancies. And she isn’t alone. As a midwife, Colleen has seen it with her own eyes.

For decades, the herbicides the logging company uses were considered harmless. But Colleen is no longer so sure. What if these miscarriages aren’t isolated strokes of bad luck? As mudslides take out clear-cut hillsides and salmon vanish from creeks, her search for answers threatens to unravel not just Rich’s plans for the 24-7, but their marriage too, dividing a town that lives and dies on timber along the way.

Told from the perspectives of Rich, Colleen, and Chub, in prose as clear as a spring-fed creek, this intimate, compassionate portrait of a community clinging to a vanishing way of life amid the perils of environmental degradation makes Damnation Spring an essential novel for our time.

What reviews are saying:

"A sweeping family saga of love and grief and the deeply personal tragedies that occur when our planet is abused. This is the kind of novel I’ve been craving for ages. Ambitious in its scope, masterful in its execution. This stunning story, written in pitch-perfect prose, announces Ash Davidson as a major new voice in American Literature. Every page stirred my soul."
—Emily Ruskovich, author of Idaho

An impressively well-turned story about how environmental damage creeps into our bodies, psyches, and economies."
—Kirkus (starred review)

“[An] ambitious, assured debut...a devastating page-turner with a love story at its center.”
—LitHub

Ash Davidson was born in Arcata, California, and attended the Iowa Writers’ Workshop. Her work has been supported by the Arizona Commission on the Arts and MacDowell. She lives in Flagstaff, Arizona.