Maria Adelmann - Zoom Event for How To Be Eaten 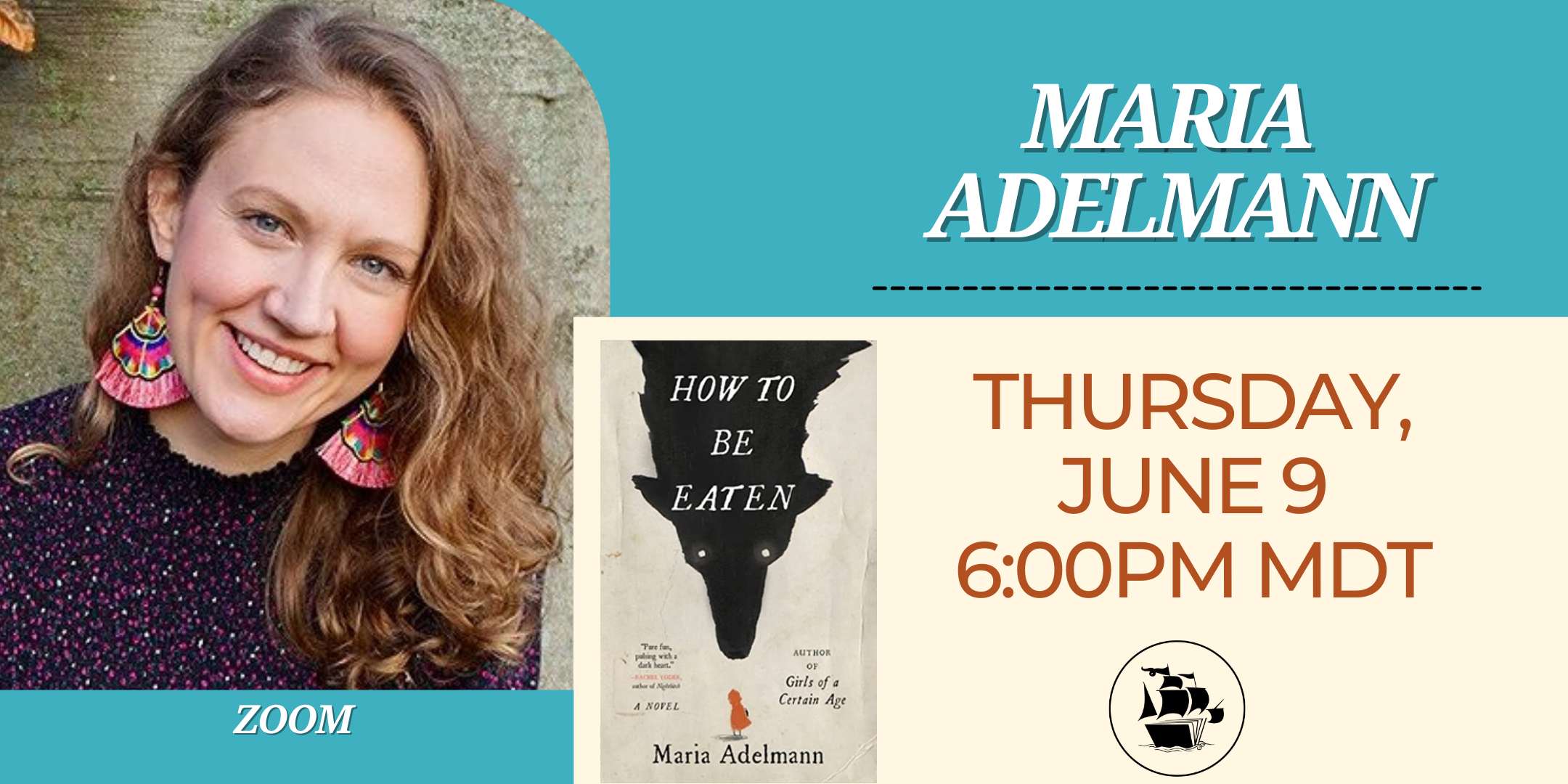 Join Maria Adelmann in conversation by Steve Almond, author of All the Secrets of the World to discuss Maria's new debut novel, How To Be Eaten.

In present-day New York City, five women meet in a basement support group to process their traumas. Bernice grapples with the fallout of dating a psychopathic, blue-bearded billionaire. Ruby, once devoured by a wolf, now wears him as a coat. Gretel questions her memory of being held captive in a house made of candy. Ashlee, the winner of a Bachelor-esque dating show, wonders if she really got her promised fairy tale ending. And Raina's love story will shock them all. Though the women start out wary of one another, judging each other’s stories, gradually they begin to realize that they may have more in common than they supposed… What really brought them here? What secrets will they reveal? And is it too late for them to rescue each other? Dark, edgy, and wickedly funny, Maria Adelmann’s debut, How to Be Eaten (Little, Brown), takes our coziest, most beloved childhood stories, exposes them as anti-feminist nightmares, and transforms them into a new kind of myth for grown-up women.

This event is presented in partnership with Powells Books (Portland) and the Elliott Bay Book Company (Seattle). It is Free and Open to the Public.

Maria Adelmann is the author of the short story collection Girls of a Certain Age, which explores the many impossible choices of modern girl and womanhood. Her work has been published by Tin House, n+1, Electric Literature, McSweeney's Internet Tendency, The Threepenny Review, the Indiana Review, Epoch, AQR, MQR, and many others, and has been selected by The Best American Short Stories as a distinguished story. You can follow her on Twitter or Instagram @ink176. How to Be Eaten is her first novel.

How to Be Eaten: A Novel (Hardcover)