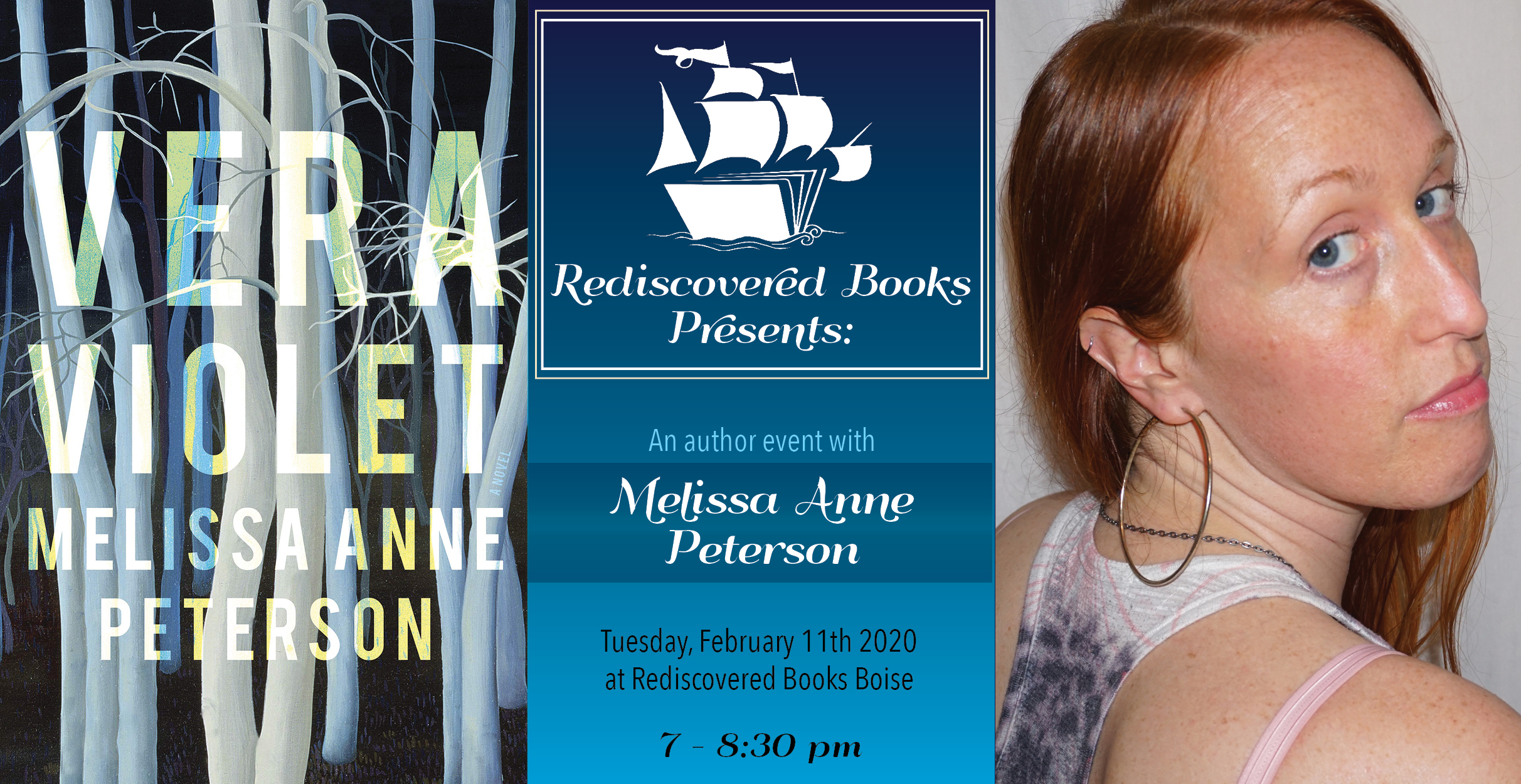 Join us for an evening with debut author Melissa Anne Peterson as she discusses her new book Vera Violet. Set against the backdrop of a decaying Pacific Northwest lumber town, Vera Violet is a debut that explores themes of poverty, violence, and environmental degradation as played out in the young lives of a group of close-knit friends. Melissa Anne Peterson’s voice is powerful and poetic, her vision unflinching.

Vera Violet recounts the dark story of a rough group of teenagers growing up in a twisted rural logging town. There are no jobs. There is no sense of safety. But there is a small group of loyal friends, a truck waiting with the engine running, a pair of boots covered in blood, and a hot 1911 with a pearl pistol grip.

Vera Violet O’Neely’s home is in the Pacific Northwest—not the glamorous scene of coffee bars and craft beers, but the hardscrabble region of busted pickups and broken dreams. Vera’s mother has left, her father is unstable, and her brother is deeply troubled. Against this gritty background, Vera struggles to establish a life of her own, a life fortified by her friends and her hard-won love. But the relentless poverty coupled with the twin lures of crystal meth and easy money soon shatter fragile alliances.

Her world violently torn apart, Vera is forced to leave everything behind and move to St. Louis, Missouri. She settles into a job at an inner-city school where she encounters the same disarray of community. And alone in her small apartment, Vera grieves. She thinks about her family and the love of her life, Jimmy James Blood. In this brilliant, explosive debut, Melissa Anne Peterson establishes herself as a fresh, raw voice, a writer to be reckoned with.

MELISSA ANNE PETERSON grew up in a rainy working-class logging town in Washington State. She received a BA and BS in writing and biology from The Evergreen State College and an MS from the University of Montana. She has worked in endangered species recovery in Washington and Montana for twelve years. Her writing has been published by Camas, Flyway: Journal of Writing & Environment, Oregon Quarterly, and Seal Press.

Melissa will be signing books after the event.