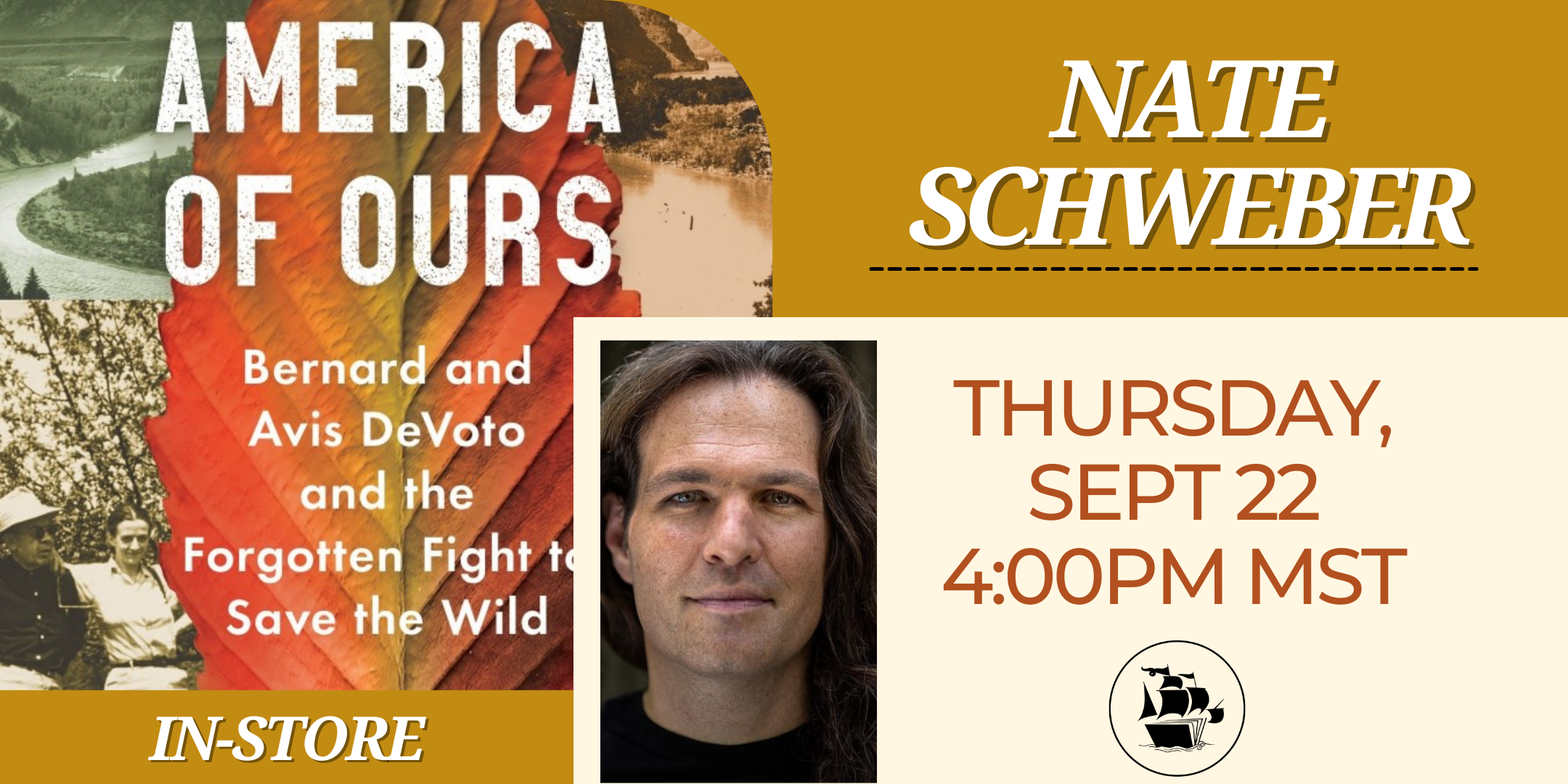 Author Nate Schweber will be at Rediscovered Books Boise for a book signing.

In late-1940s America, few writers commanded attention like Bernard DeVoto. Alongside his brilliant wife and editor, Avis, DeVoto was a firebrand of American liberty, free speech, and perhaps our greatest national treasure: public lands. But when a corrupt band of lawmakers, led by Senator Pat McCarran, sought to quietly cede millions of acres of national parks and other western lands to logging, mining, and private industry, the DeVotos entered the fight of their lives. Bernard and Avis built a broad grassroots coalition to sound the alarm--from Julia and Paul Child to Ansel Adams, Arthur Schlesinger Jr., Alfred Knopf, Adlai Stevenson, and Wallace Stegner--while the very pillars of American democracy, embodied in free and public access to Western lands, hung in the balance. Their dramatic crusade would earn them censorship and blacklisting by Joe McCarthy, J. Edgar Hoover, and Roy Cohn, and it even cost Bernard his life.

NATE SCHWEBER is an award-winning journalist for the New York Times and ProPublica, among many other publications. The Outdoor Writers Association of America awarded him a conservation writing award in 2015 and magazine writing awards in 2015 and 2018. He has appeared on Today, CNN, and WNYC. A Montana native, he currently lives in Brooklyn.

Nate will be interviewed on Boise State Public Radio's "Reader's Corner" with Bob Kustra on Tuesday, 9/13/2022.

This America Of Ours: Bernard and Avis DeVoto and the Forgotten Fight to Save the Wild (Hardcover)