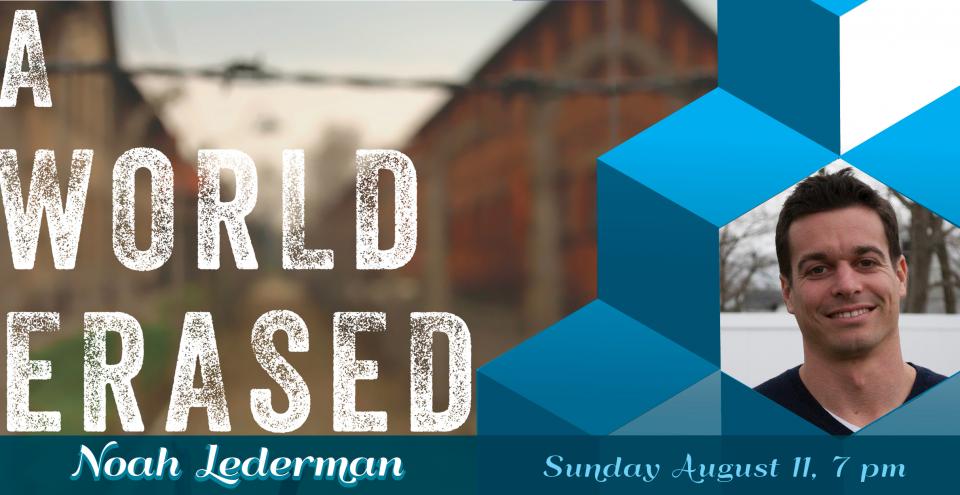 A World Erased: A Grandson's Search for His Family's Holocaust Secrets (Rowman & Littlefield) was a staff pick for the Philadelphia Inquirer's best books of the year, and Booklist called the memoir "a vital contribution to Holocaust collections."

As a youth, Lederman was only vaguely aware of the history of his grandparents as Holocaust survivors. In Lederman’s close, loving extended family in America, questions to his grandparents on the topic were usually deflected. As an adult, a trip to Holocaust-related sites in eastern Europe triggered an intense interest in Lederman for his family’s experiences. His now-widowed grandmother, perhaps as a form of therapy, slowly but with vivid detail finally revealed her story, and the result is this harrowing and deeply shocking if sometimes uplifting account.

This is a wide-ranging memoir, covering the vibrant, prewar Jewish life in Poland, the Nazi-imposed Jewish ghetto and subsequent extermination camps, the postwar confinement in displaced person camps, and the move to America. In passionate and sometimes hate- filled invective, his grandmother lashes out at her Nazi persecutors but also at many goyim, Poles whom she describes as viciously anti-Semitic. If there is a hero here, it is Lederman’s grandmother, who consistently displays remarkable courage and resilience in the face of horrible traumas.

A World Erased: A Grandson's Search for His Family's Holocaust Secrets (Hardcover)