Hear from these three amazing authors on this special panel, #ownvoices: 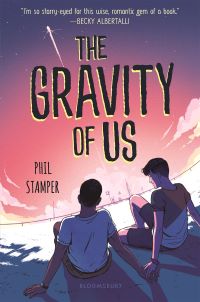 The Gravity of Us by Phil Stamper

As a successful social media journalist with half a million followers, seventeen-year-old Cal is used to sharing his life online. But when his pilot father is selected for a highly publicized NASA mission to Mars, Cal and his family relocate from Brooklyn to Houston and are thrust into a media circus.
Amidst the chaos, Cal meets sensitive and mysterious Leon, another “Astrokid,” and finds himself falling head over heels—fast. As the frenzy around the mission grows, so does their connection. But when secrets about the program are uncovered, Cal must find a way to reveal the truth without hurting the people who have become most important to him.
Expertly capturing the thrill of first love and the self-doubt all teens feel, debut author Phil Stamper is a new talent to watch. 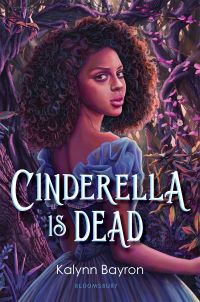 Cinderella is Dead by Kalynn Bayron

Black, queer girls team up to overthrow the kingdom in this fresh retelling of Cinderella—perfect for A Curse So Dark and Lonely fans.

It’s 200 years after Cinderella found her prince, but the fairy tale is over. Teen girls are now required to appear at the Annual Ball, where men select wives based on the level of finery a girl displays. If a suitable match is not found, the girls left behind are forfeited—never heard from again.
Sixteen-year-old Sophia would much rather marry Erin, her childhood best friend, than parade in front of suitors. When she flees the ball in a moment of desperation, she begins a journey that reveals the dark secrets of Cinderella’s tale and leads her to a love she never expected. Her only hope is to destroy the king once and for all.
This fresh take on a classic story will make readers question the tales they’ve been told, and root for girls to break down the constructs of the world around them. 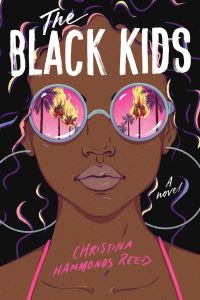 For fans of Jason Reynolds, Angie Thomas, and John Green, The Black Kids is an unforgettable coming-of-age story about a wealthy black teenager whose family gets caught in the vortex of the Rodney King Riots.

Ashley Bennett and her friends are living the charmed life. It's the end of senior year and they're spending more time at the beach than in the classroom. Ashley's not always so sure she actually likes her friends these days, but they've been besties since Kindergarten. Everything changes one afternoon in April, when four LAPD officers are acquitted after beating a black man named Rodney King half to death. Suddenly, Ashley's not just one of the girls. She's one of "the black kids".

The Gravity of Us (Hardcover)