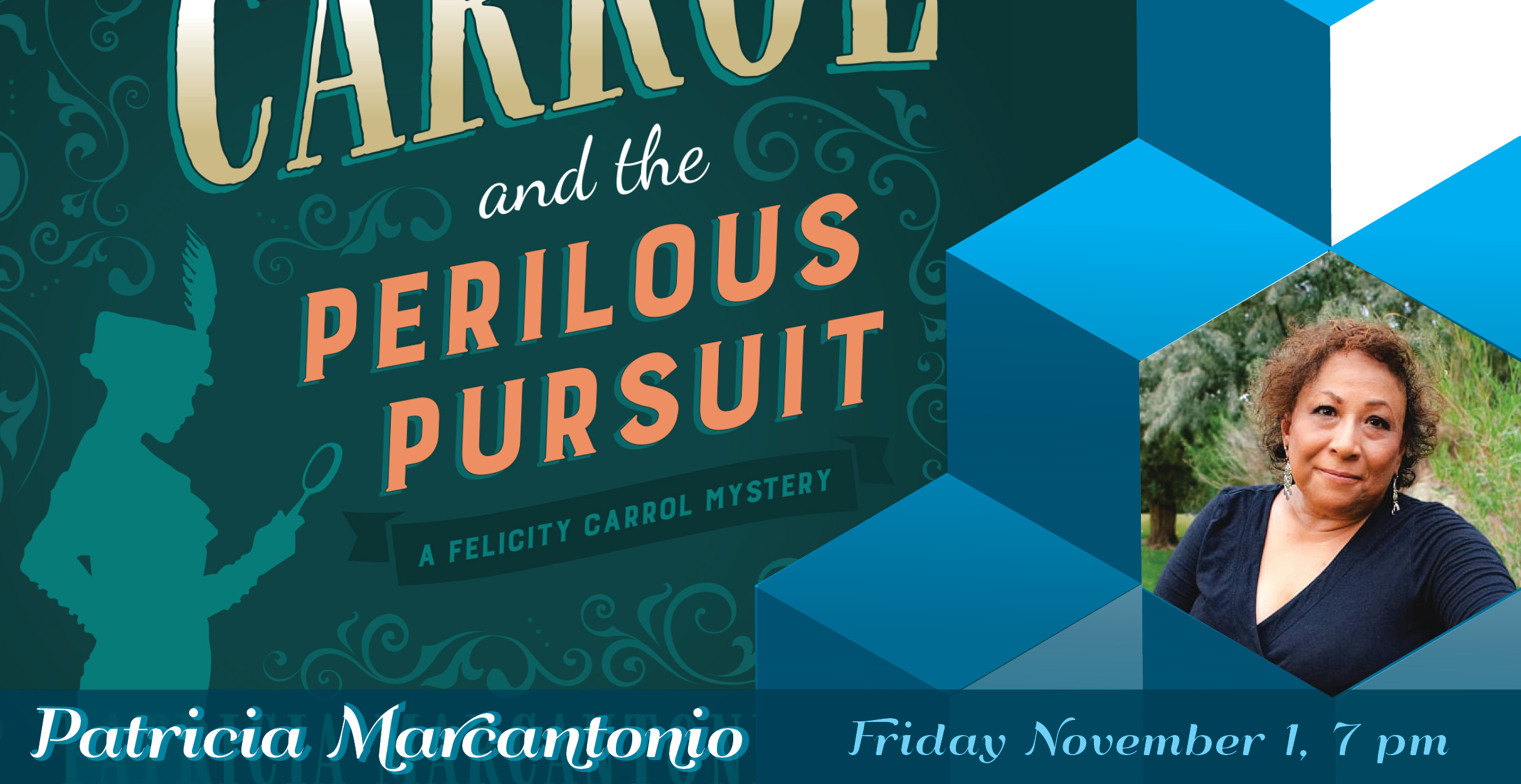 Join us for an author discussion with Youth Author Patricia Marcantonio about her new debut novel in the Felicity Carroll Mystery series.

Felicity Carrol is interested in everything--except being a proper young matron of Victorian society. Brilliant and resourceful, Felicity took refuge in science and education after her mother died and her father abandoned her to servants. Now, all he wants is for her to marry into a family of status and money. Felicity has other ambitions--but her plans shudder to a halt when her mentor is murdered at the British Museum and his priceless manuscript of King Arthur lore is stolen. Tapping into her photographic memory and the latest in the burgeoning field of forensic detection, Felicity launches an investigation. Handsome Scotland Yard Inspector Jackson Davies is also on the case, and finds Felicity as meddlesome as she is intelligent. But when more nobles are murdered and their King Arthur relics stolen, Felicity must journey on her own into the dark underworld of antiquity theft, where she uncovers a motive far more nefarious than simple profit. As the killer sets his sights on a new victim--a charismatic duke who has captured Felicity's imagination--the stakes rise to impossible heights. It's a case that could shake the kingdom.

Patricia Marcantonio was born in Pueblo, Colorado. She has won awards for her journalism, short stories and screenplays. "Red Ridin' in the Hood and Other Cuentos" has earned an Anne Izard Storyteller's Choice Award and was named an Americas Award for Children's and Young Adult Literature Commended Title, and one of the Wilde Awards Best Collections to Share with recommendations from Bulletin of the Center for Children's Books.

Patricia will be signing books afterwards.