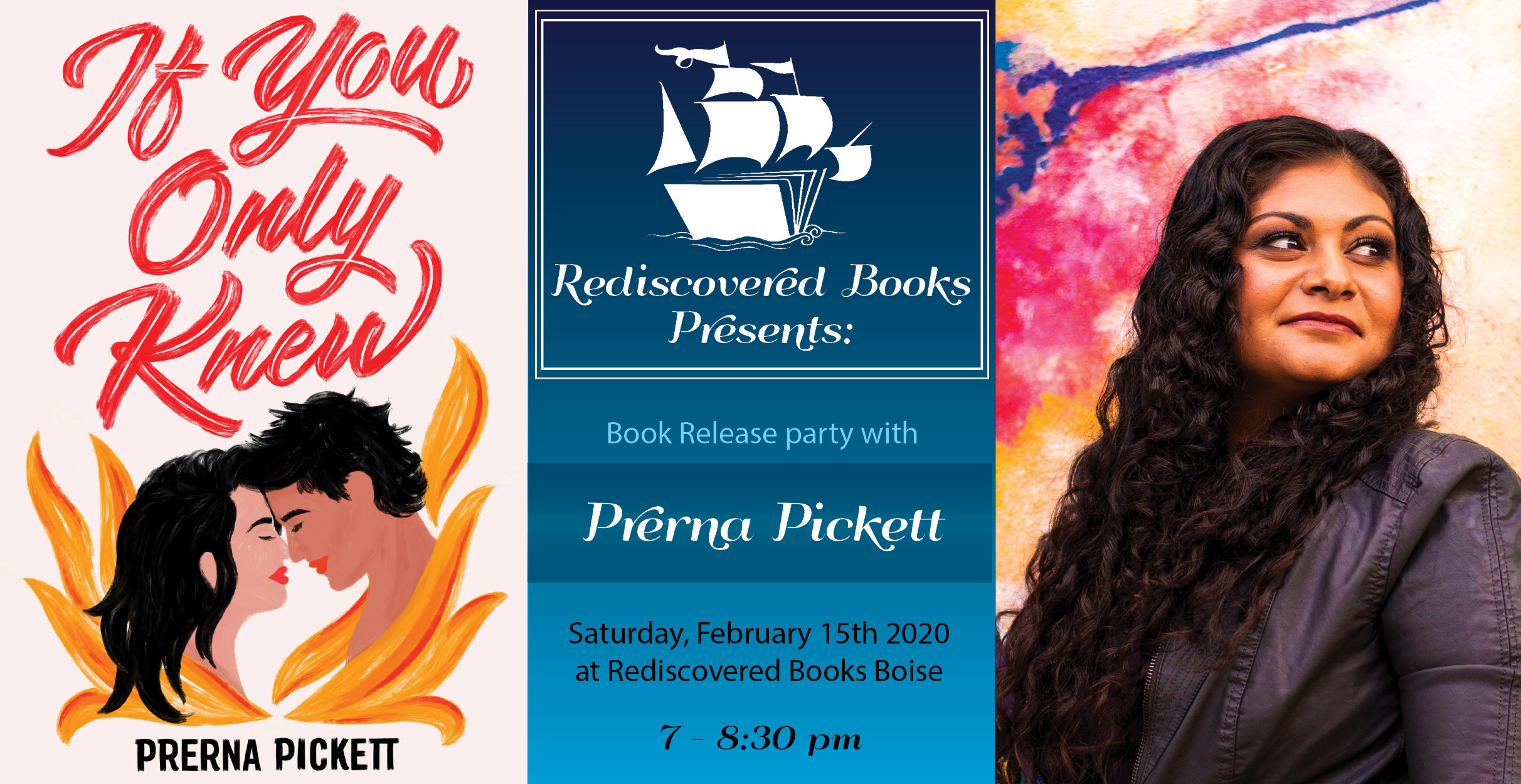 Join us as we launch Prerna Pickett's new novel, If You Only Knew, at Rediscovered Books - Boise.  Prerna will be discussing her book in store.

A boy recently released from jail and the daughter of a prosecutor fall for each other against the odds in Prerna Pickett's YA novel, If You Only Knew.

Corey has just been released from jail, and all he wants is a new beginning. But when his former gang comes knocking, Corey agrees to vandalize the home of Kent Hopper, the prosecutor who put him away.

To erase the guilt she carries from getting away with a crime, Tessa spends most of her nights riding her motorcycle. When she catches Corey destroying her father's car, she doesn't see a criminal: She sees a way to finally right her own wrongs. So instead of turning Corey over to the police, she convinces her father to give Corey a second chance.

As Tessa and Corey spend more time with each other, it becomes difficult to ignore the pull between them. But they're both keeping secrets, and when those secrets come to light, they'll each have to face their demons in order to have a future together.

Prerna Pickett is a well-traveled, book loving author currently living in the Boise area. She always dreamed about being a writer and now she gets to celebrate this with us at Rediscovered Books - Boise.

Prerna will be signing books after the event.

Books will be available for pre-order through Rediscovered Books - Boise or can be purchased in store at the event.

If You Only Knew (Hardcover)