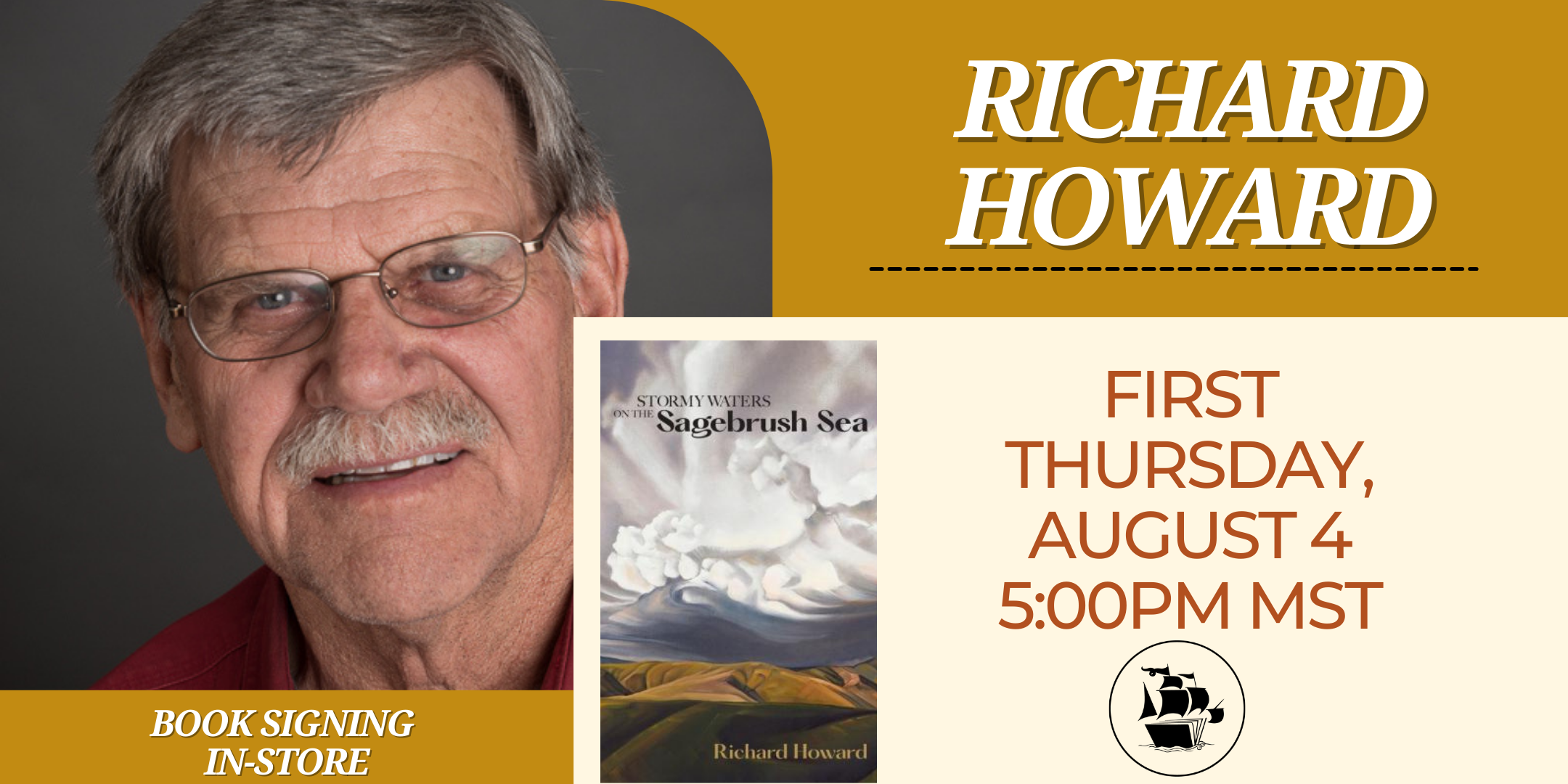 Between the covers of Stormy Waters on the Sagebrush Sea are adventures, raw commentary, and humor that will entertain, educate, and move a reader to step outside and see the Northwest with fresh eyes. A native Idaho son, author Richard Howard takes us into the fields of fishing, falconry, and yoga. His "green tea revelations" reflect on a life filled with summits and sunsets, anguish and doubt, courage and adventure.

Richard Howard is one of those rare native sons of Idaho. Born to a prominent medical doctor and nurse in Pocatello, he was brought up within a rich heritage of values including history, science, writing, music, and academic achievement. He has published scientific papers, short stories, essays, and poems, many of which were inspired by his extensive travels in Europe, Australia, South Africa, Central America, and Indonesia. For over 20 years, Richard has nurtured his sense of adventure through mountain climbing in the western United States, and especially within his favorite ranges, the Sawtooth Mountains and the nearby White Clouds in Idaho. He practiced falconry during a time when the sport attracted outstanding men and women who made significant contributions to raptor conservation. He often took his hawks or falcons and his dog into the sagebrush sea of Idaho, Utah, and Nevada to hunt for game.

Another season of his life found him working as a fishing guide in Alaska for four years, where he was able to witness firsthand the value of clean rivers unimpeded by dams, the abundance of fish in the rivers, and huge numbers of migrating caribou. Continuing his love for the outdoors, he established his core career as a fish and wildlife biologist with the US Fish and Wildlife Service. After he retired, he started his own business, Biosage Consultants, providing environmental services for wind and solar energy and large integrated housing developments.

Richard enjoys blues, folk, and classical music and embraces the performing arts scene found across southern Idaho. Calling Elkstone cabin, located near McCall, Idaho, his base camp, he writes from his desk there and continues to add books to his sizeable library about mountaineering, archaeology, and anthropology.