Risë Collins - An Evening of Poetry and Prose 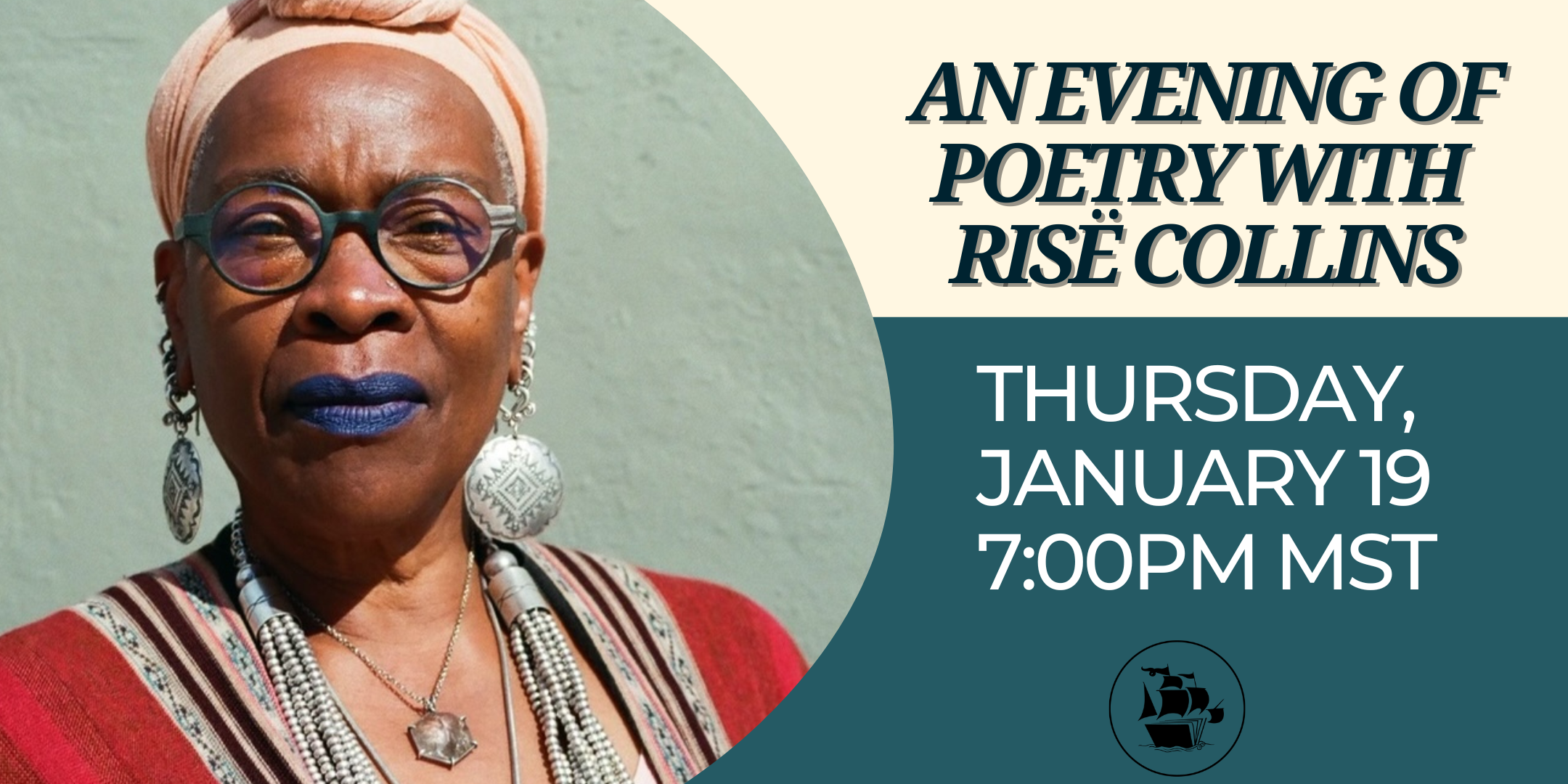 Risë will present an evening of readings from her published works of creative nonfiction, poetry, and fiction.

She'll also offer dramatic readings from the works of two of her ancestors: Ntozake Shange and Stephen Vincent Benét.

There’ll be a Q&A following the reading, and literary journals for sale in which her work is published.

Event is free and open to the public with limited seating.  Registration required.

Risë Kevalshar Collins is a writer living in Boise. She studies creative writing at Boise State University where she’s also served on the editorial staff of Idaho Review. Risë earned an MSW at University of Houston and served as a Licensed Clinical Social Worker in Texas, Oregon,Washington State, and North Idaho. She earned a BFA at Carnegie-Mellon University, earned her living as an actor including as a member of the original Broadway production of "For Colored Girls Who Have Considered Suicide / When the Rainbow is Enuf" by Ntozake Shange. As an actor Risë also performed solo at Carnegie Recital Hall. Risë’s play, "Incandescent Tones", was produced off-Broadway and in repertory theatres. Her op eds have appeared in Idaho Statesman, Boise Weekly, and Blue Review. Risë was featured on the Idaho PBS online series “The 180.” Her nonfiction appears in Michigan Quarterly Review (“Shabda”) and in The Texas Review (“Zaki: I Rise to Write the Story”); her fiction (“White Bird”) appears in North American Review and is forthcoming in an anthology featuring the work of writers of color who write about rural life; her poetry appears in The Indianapolis Review, Tupelo Quarterly, The Minnesota Review, and ANMLY. Risë has been awarded by The Alexa Rose Foundation. She gives public talks and readings. Risë is working on the completion of a book-length manuscript.