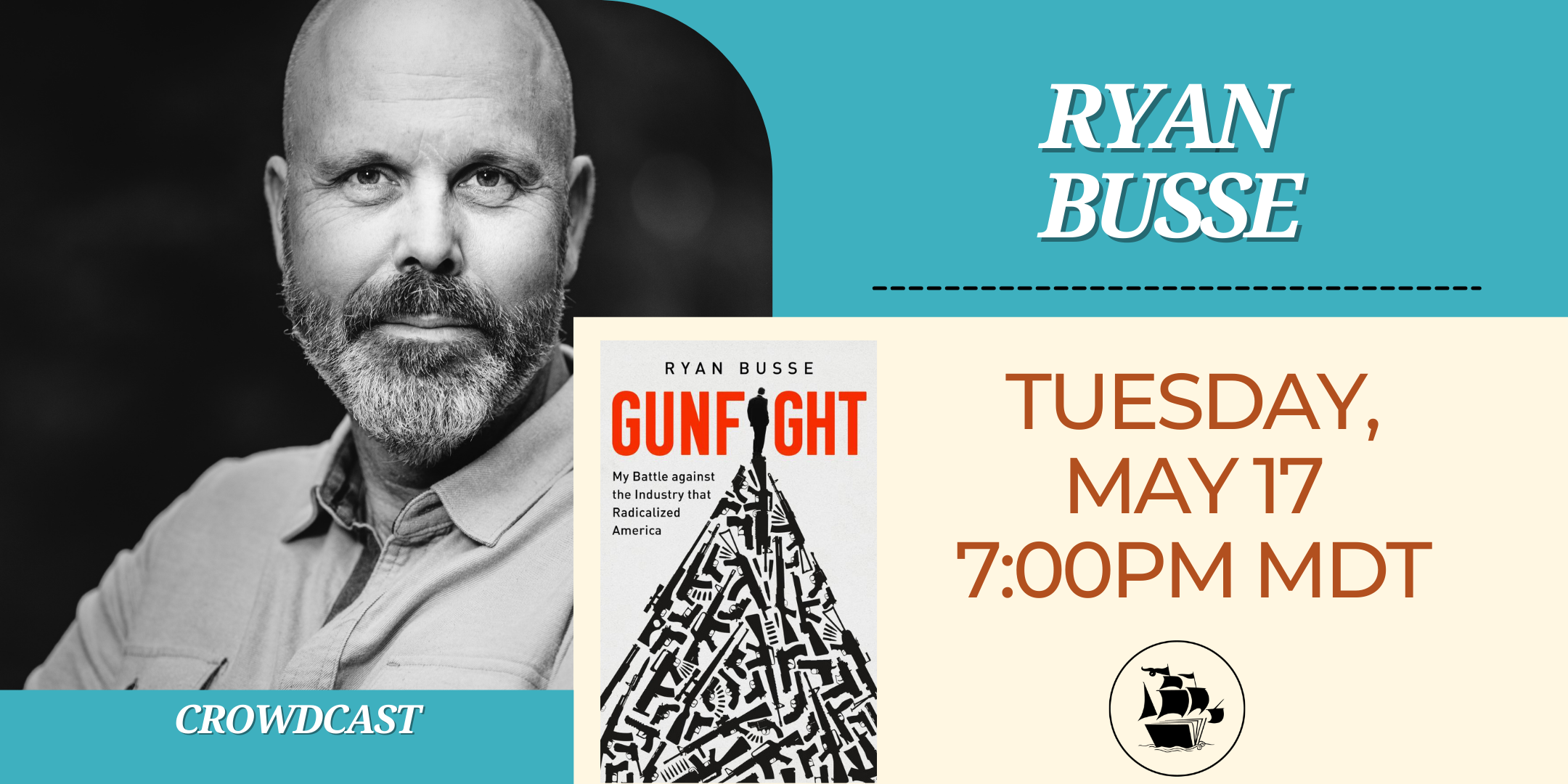 Author Ryan Busse and Bruce DeLaney discuss Gunfight:  My Battle Against the Industry that Radicalized America.

A long-time former executive at one of the country’s top gun manufacturers reveals how his industry radicalized a large swathe of America, and explains how it must change before we can reduce gun violence and heal as a nation.

Ryan Busse has traveled a long, circuitous path along the American gun journey. As an avid hunter, outdoorsman, and conservationist–all things that the firearms industry was built on–he rose to the highest ranks of the rapidly growing, multibillion-dollar firearms industry.

But replacing self-imposed decency with rampant fear-mongering, racism, hardline conservative politics, massive profits from semi-automatic weapons sales, and McCarthyesque policing have driven Busse to do something few other gun executives have done: he’s ending his 30-year career in the industry to tell its secrets. He watched the industry change from its smaller, less corporate and far-less-powerful form to the partisan, power-hungry entity it is today. He thought he could go up against the power of the industry from within, and over the years had made small inroads toward sensible gun ownership and use. But that’s simply not possible anymore.

This book is an insider’s call-out, a voice-driven tale of personal transformation, and a fast ride through wild times and colorful characters that populate a much-speculated-about, but little-known industry. It’s also a story of how authoritarianism spreads in the guise of freedom, how voicing one’s conscience becomes an act of treason in a culture that demands sameness and loyalty.

Gunfight: My Battle Against the Industry that Radicalized America (Hardcover)