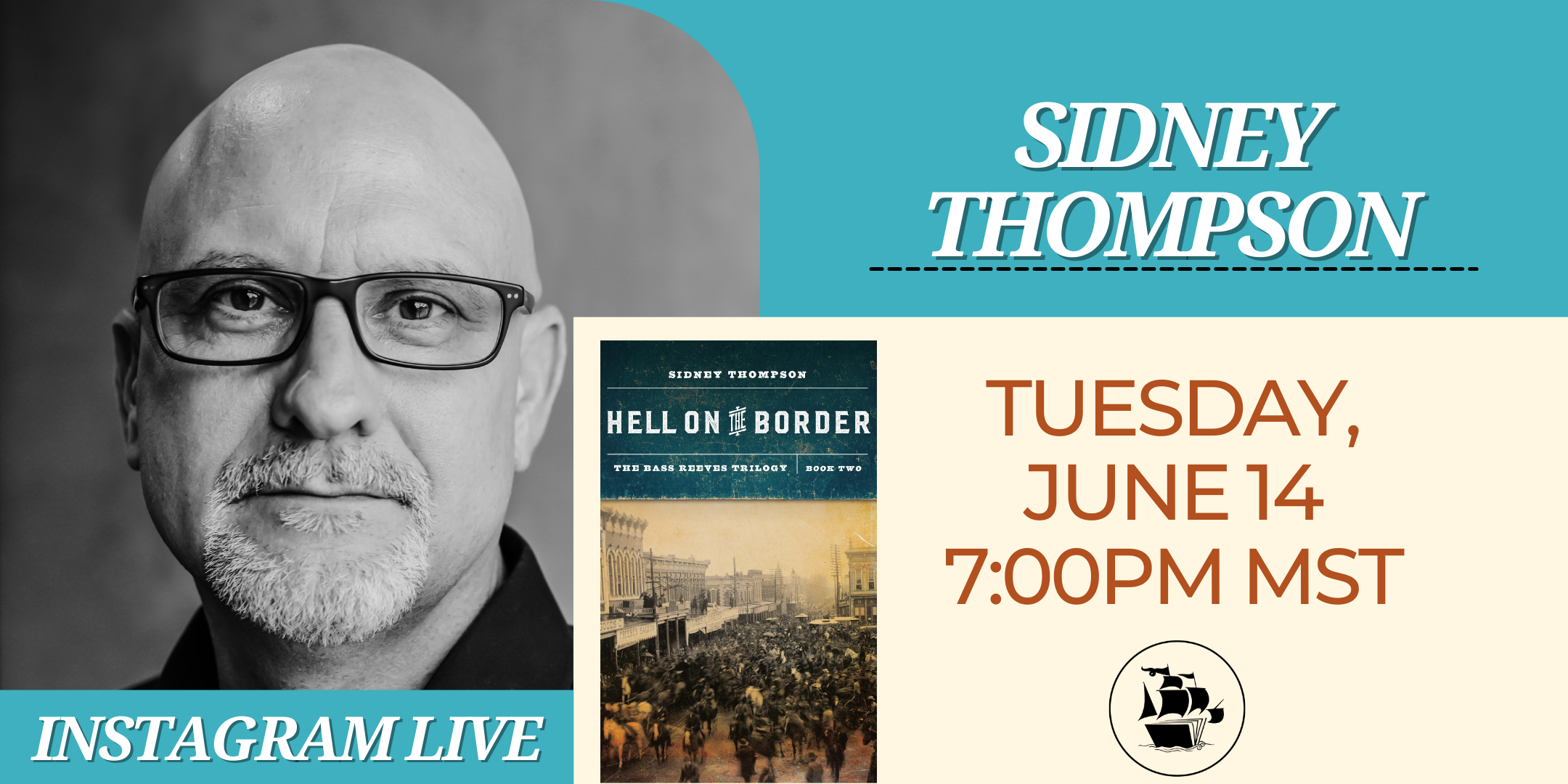 Rediscovered Books welcomes author Sidney Thompson to chat about his Bass Reeves Trilogy. For anyone who appreciates a good Western saga, this is the book for you.  Complex, complicated, and a page turner!

Set in 1884, Hell on the Border (the second of Thompson's Bass Reeves Trilogy) tells the story of Deputy U.S. Marshal Bass Reeves at the peak of his historic career. Famous for being a crack shot as well as for his nonviolent tendencies, Reeves uses his African American race to his strategic advantage. Along with a tramp or cowboy disguise, Reeves appears so nonthreatening that he often positions himself close enough to the outlaws he is pursuing to arrest them without bloodshed. After a series of heroic feats of capturing and killing infamous outlaws—most notably Jim Webb—and an introduction to Belle Starr, Reeves finds himself in the Fort Smith jail, charged with murder. This second book in the Bass Reeves Trilogy investigates what really happened when Reeves made the greatest mistake of his life on the heels of his greatest achievements.

Sidney Thompson is the author of Follow the Angels, Follow the Doves: The Bass Reeves Trilogy, Book One (2020) and Hell on the Border: The Bass Reeves Trilogy, Book Two (2021), historical novels depicting the life of Bass Reeves, the former slave who became the most successful lawman of the Old West. The trilogy has garnered numerous honors, including the 2021 International Afro-American Historical and Genealogical Society Book Award for Historical Fiction and a 2021 Will Rogers Medallion Award for Western Fiction. Thompson holds an MFA in creative writing and a PhD in African-American narratives. He currently teaches creative writing and African American literature at Texas Christian University in Fort Worth.