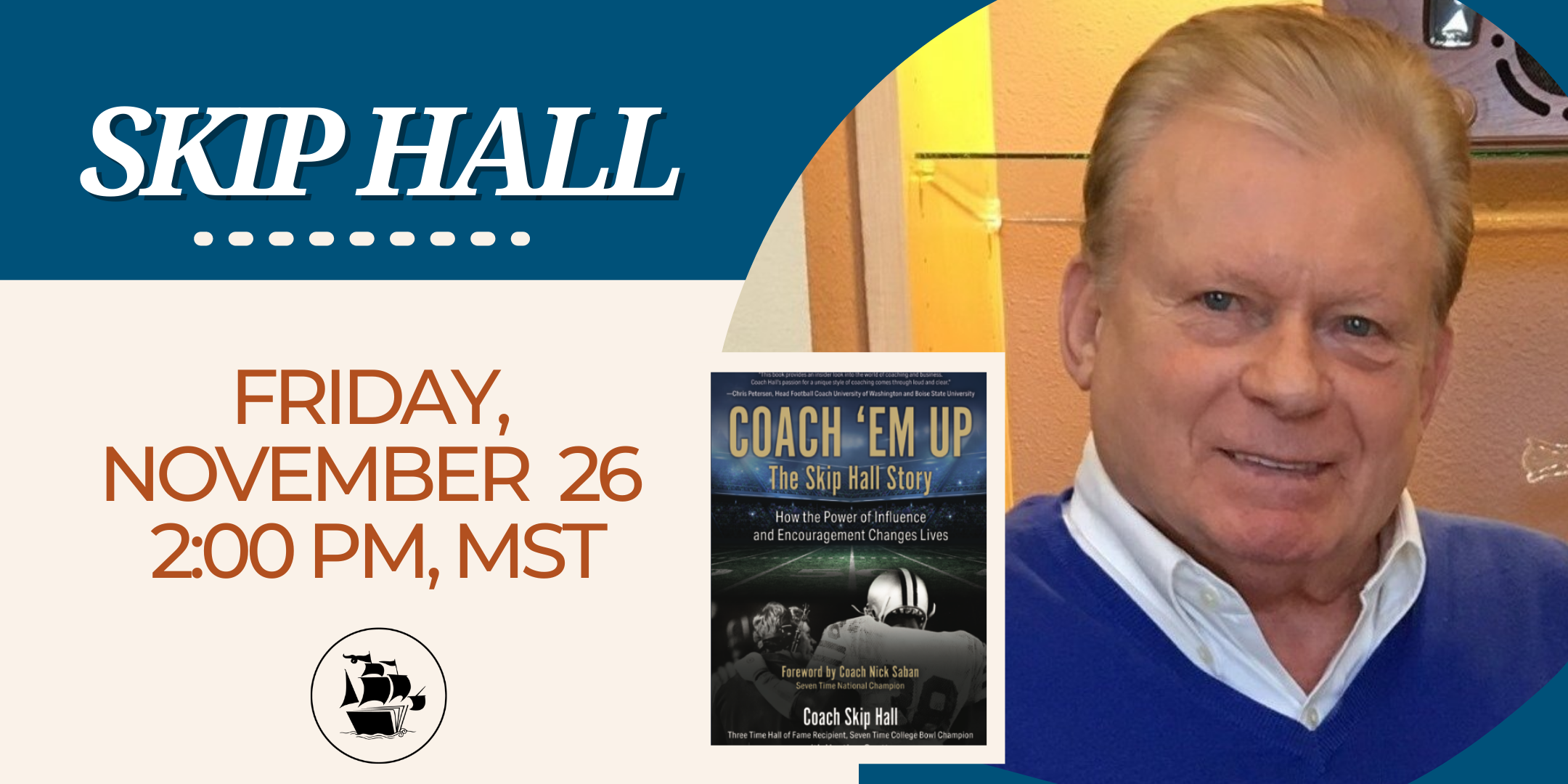 Merle "Skip" Hall was the head coach of the Boise State University Football team from 1987-1992, recording 42 wins and 28 losses throughout his time coaching Boise State Football.  Join us at Rediscovered Books - Boise for a book signing with Coach Hall for his new book Coach 'Em Up -- The Skip Hall Story.

The threads that run through the life of Skip Hall are faith, family, and deep friendships. His loyalty in the coaching world is second to none, with many new stories shared in this book. For close to 30 years, Merle “Skip” Hall coached Division I college football, first at the University of Colorado and then at Kent State. Next, he served as the assistant head coach to legendary coach Don James at the University of Washington for 12 years, followed by a head coaching position at Boise State University from 1987-1992. He finished his coaching career as the associate head coach at the University of Missouri.​

During Skip’s football coaching career, he was a part of 12 bowl games—seven of which his team won, including three Rose Bowls. He had the privilege of coaching or mentoring Nick Saban, Gary Pinkel, Jim Mora Jr., Jim Zorn, Chuck Pagano, Jim Fleming, and Jay Mills—all highly successful head coaches in college or the NFL. Additionally, he coached dozens of players who went on to play in the NFL.

After his college coaching career, he became an extremely successful recruiter and regional manager for Aflac, continuing his passion to recruit, coach, and build teams—but this time in business. He then began a financial services company, Hall & Associates, with his son, Chris. For the past 15 years he has consulted, coached, and been a keynote speaker for business management and leadership teams throughout the U.S.​

Skip Hall is a superb storyteller, behind-the-scenes mentor, and dynamic groundbreaking leader with small group ministries, which still exist in four states. He started or grew divisions of Fellowship of Christian Athletes at the University of Colorado, University of Washington, Boise State, and Mizzou. He helped organize the first stadium-sized Promise Keepers event outside of Colorado. Skip is a longtime member of the American Football Coaches Association and an American Football Coaches Foundation Wall of Influence inductee. In 2017 he began Game Plan for Life, a weekly radio show to interview coaches, players, and business and ministry leaders. In 2019, Skip was named an Idaho Icon. He is currently a board member of the Idaho Youth Sports Commission.​

Skip enjoys following college football, golf, and his grandchildren’s sports and school activities. He and his wife, Virginia, who have been married over 55 years, have a tight-knit family who share special occasions, attend sporting events, and live the values of coaching ‘em up.

Books will be available for purchase prior to and the day of the book signing.