Tricia Levenseller - The Shadows Between Us - Rediscovered Books - Boise 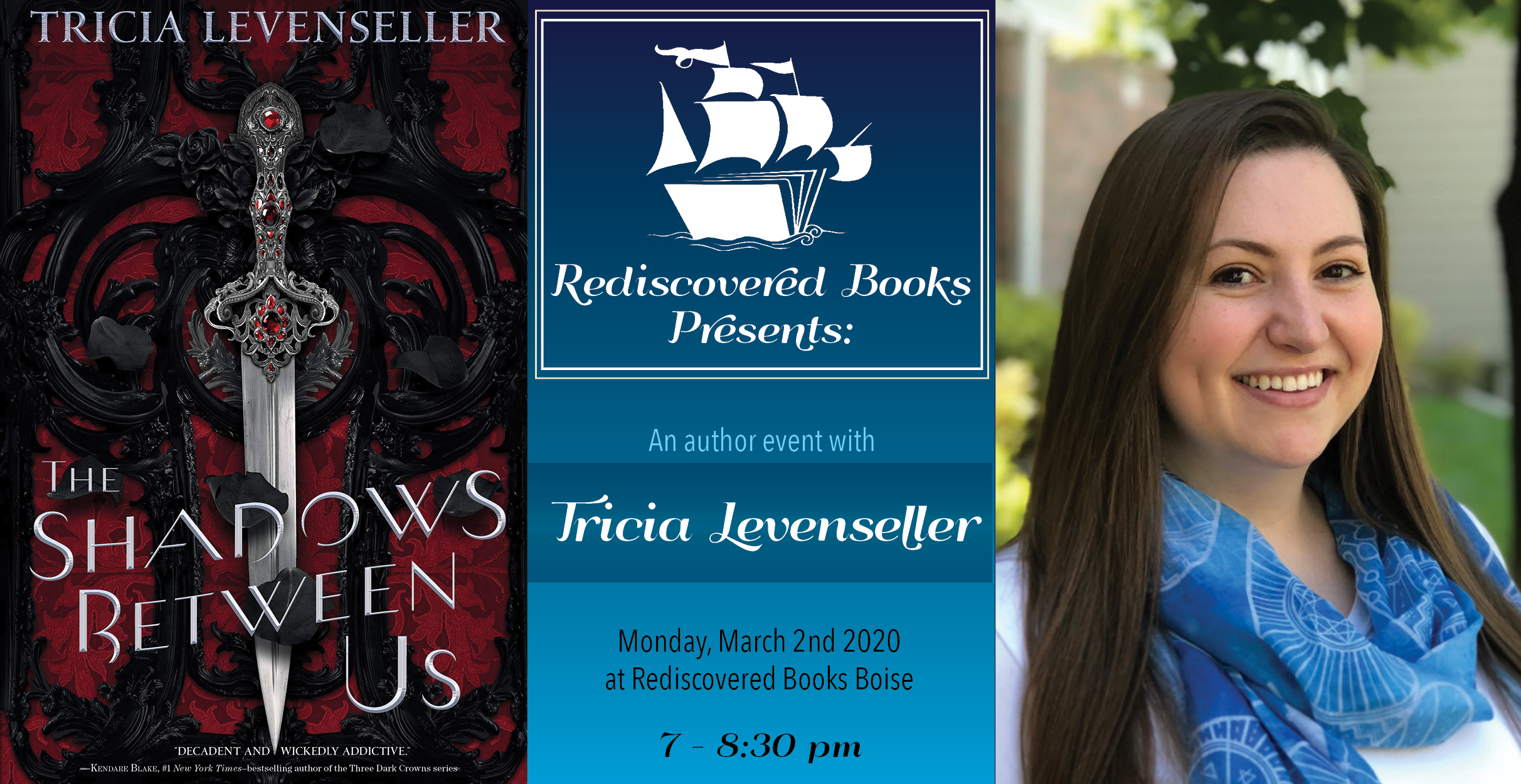 Join author Tricia Levenseller in conversation with Cynthia Hand (The How & The Why) and Devri Walls (Venators Series) at Rediscovered Books - Boise.

Tricia Levenseller, author of Daughter of the Pirate King, is back with an epic YA tale of ambition and love in The Shadows Between Us...

“They’ve never found the body of the first and only boy who broke my heart. And they never will.”

Alessandra is tired of being overlooked, but she has a plan to gain power:
1) Woo the Shadow King.
2) Marry him.
3) Kill him and take his kingdom for herself.

No one knows the extent of the freshly crowned Shadow King’s power. Some say he can command the shadows that swirl around him to do his bidding. Others say they speak to him, whispering the thoughts of his enemies. Regardless, Alessandra knows what she deserves, and she’s going to do everything within her power to get it.

But Alessandra’s not the only one trying to kill the king. As attempts on his life are made, she finds herself trying to keep him alive long enough for him to make her his queen—all while struggling not to lose her heart. After all, who better for a Shadow King than a cunning, villainous queen?

“Tricia Levenseller’s latest, The Shadows Between Us, is a decadent and wickedly addictive fantasy, full of schemes and court intrigue, and delightful descriptions of food, which I am always a fan of.” —Kendare Blake, #1 New York Timesbestselling author of the Three Dark Crowns series

Tricia will be signing books afterwards.

The Shadows Between Us (Hardcover)