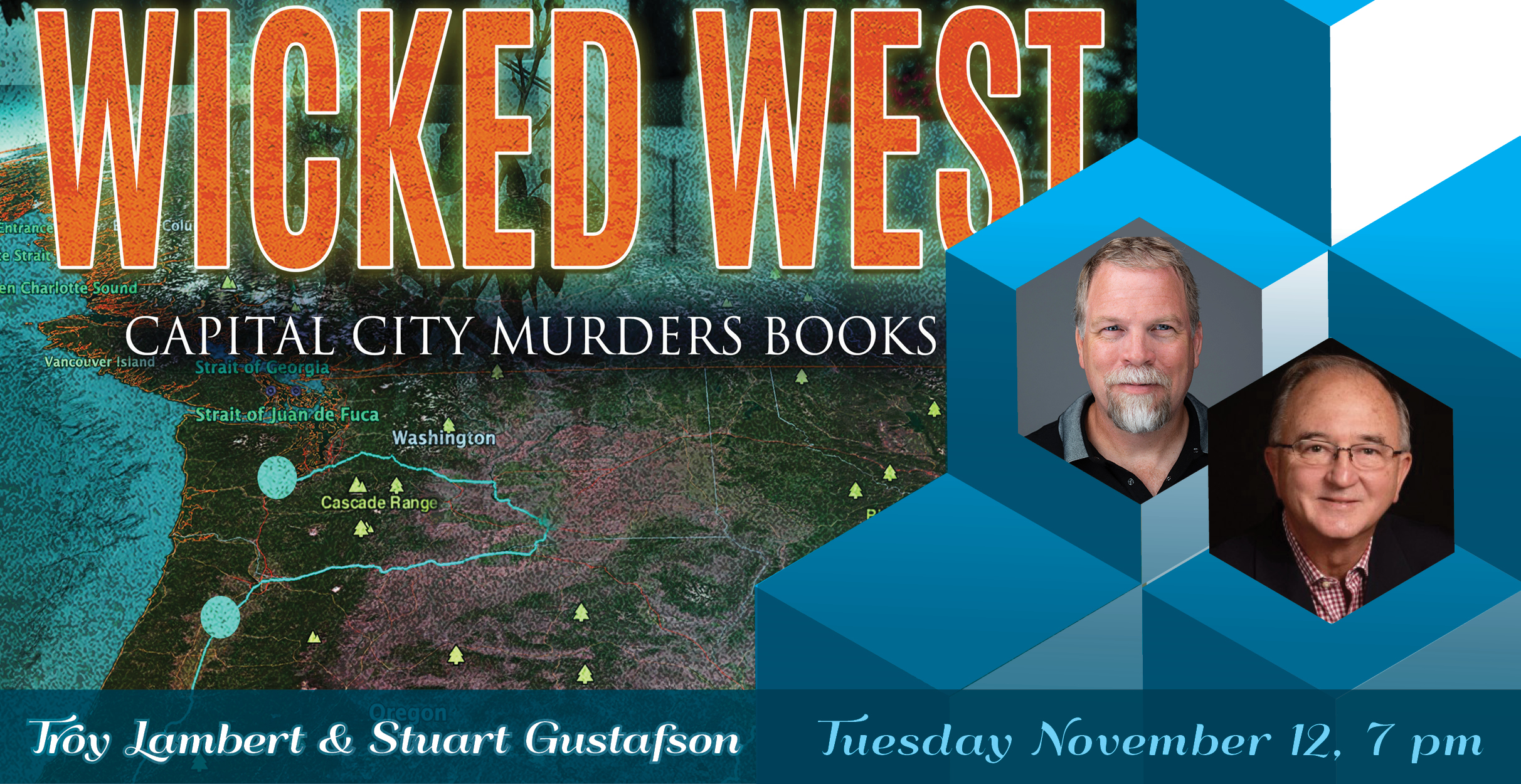 Join them for an in-store discussion at Rediscovered Books - Boise and find out more about Buried in Boise.

THE STORY: Nick O’Flannigan is on assignment from Travel USA magazine to visit and photograph particular items in each U.S. state capital in one year. He will start in his current home state of Washington, and follow a prescribed path to spend one week in each state, doing his traveling on the weekend.

Fifty states, one week each state — that’s all doable in one year for Nick; right?
Nick was hired for the assignment because of his attention to detail, an aspect of his photography that led him to found a Macro Photography website that he still runs and moderates today. As he enters each capital city, he learns of a recent murder (or murders) and there is something in the photographs that catches his eye. It is this attention to keen detail that sets him on a path to helping the authorities solve each case.

Troy Lambert is a full-time writer and author. Having written over two dozen mysteries and other novels, Troy is well-versed in story creation, and he knows what it takes to make a fictional story real!
Troy’s hobbies and pastimes (when he’s able to break away from the computer) include hiking into the mountains of Southwest Idaho, fishing in a fast-rushing stream, and going for a drive where his mind can work on creating that perfect twist to the book he’s currently writing.
A native of Idaho Falls, Idaho, Troy and his wife live in Meridian, Idaho.

Stuart Gustafson took early retirement in 2007 to spend more time traveling (he’s been to 55 countries and 155 cruise ports) and writing (four novels, nine non-fiction books, lots of travel articles).
Speaking on cruise ships in many parts of the world has been a great “post-retirement gig,” as some have put it. He has leveraged some of the experiences from those travels to insert reality into a few of his mystery novels set in exciting locations around the globe.
A native of Southern California, Stuart and his wife live in Boise, Idaho.

Troy and Stuart will be signing books in store after the event.