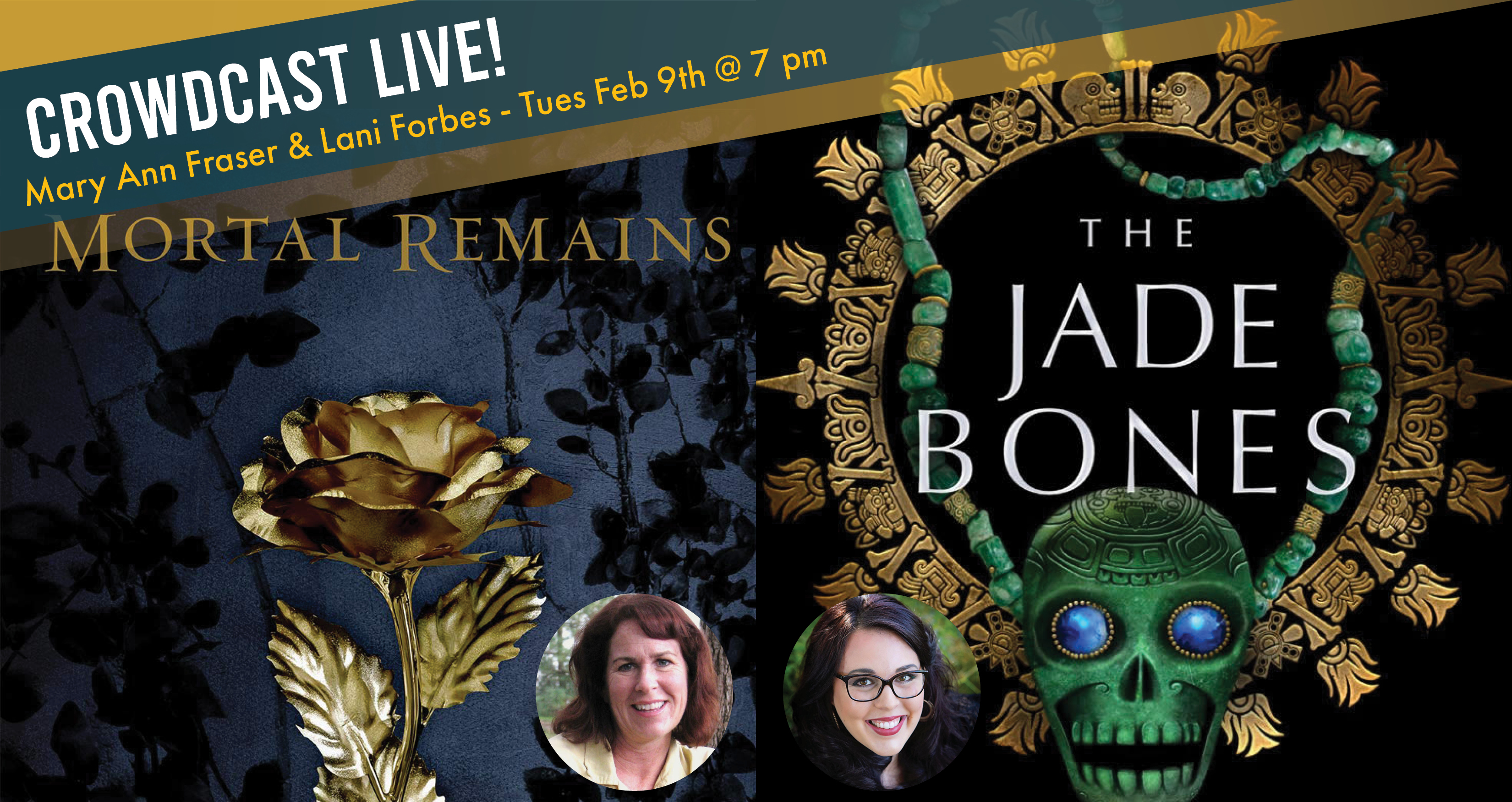 Join us for a CrowdCast conversation with 3 fabulous local authors --

Mary Ann Fraser (for her release of Mortal Remains),

Lani Forbes (for her release of The Jade Bones),

and Devri Walls (author of Venators). 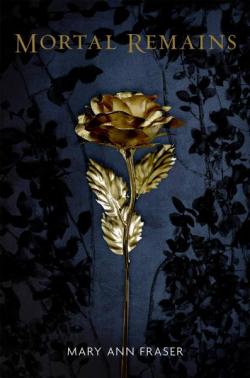 Enter into a drawing to receive this cool prize when you pre-order Mortal Remains, which includes: 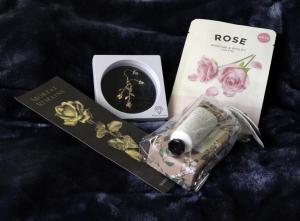 1. A pair of gold rose earrings

About the Mortal Remains:

A buried past meets morbid present in this unique coming of age story.

Lily McCrae loves her job doing makeup for the dead at her family’s funeral home. Lately though, her best friend Mallory is too busy reinventing herself to hang out, her stepbrother Evan is preoccupied with college applications, and her father has been pushing her into taking over the family business, leaving her feeling lonelier than ever. She finds herself spending more and more time in the prep room talking to her “clients.” After all, the dead listen better than anyone.
​
When the neighboring house is leveled in an explosion, Mallory, Evan, and Lily find a mysterious hatch in the rubble and discover that someone’s been trapped inside. Someone who says his name is Adam. Trouble is, Adam has been missing for four years; forcing Lily to reconcile her past feelings for him as together they delve into his mysterious past while she also struggles to figure out what she wants out of life. Will Lily ever decide who she wants to be? And is love enough to overcome truth? 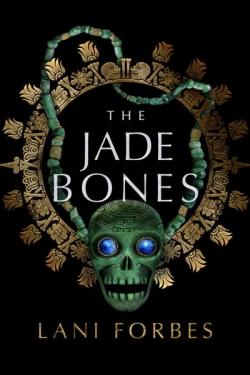 Get a signed bookplate from the author when you pre-order!

In this captivating sequel to The Seventh Sun, four young people risk their lives to save the world from a looming apocalypse.

Cast into the underworld after an act of shattering betrayal, Mayana and Ahkin must overcome unimaginable odds if they are to return home and reclaim the throne of the Chicome. A river of blood and demons disguised as children are only two of the challenges standing in their way.

Fortunately, they are not unequipped. Mayana’s royal blood controls the power of water, and Prince Ahkin wields the power of the sun itself. Ometeotl, the Mother goddess, provides them with other gifts—and an ominous warning that one of them may not survive. But can the goddess be trusted?

Back in the lands above, Mayana’s best friend, Yemania, has survived the empress selection ritual—but her next challenge may be more than she can bear. The new empress of the Chicome Empire demands she become High Healer. Yemania has no interest in serving in the palace; she wants to use her healing ability to help the common people. More than that, her heart is no longer her own. She has met an enchanting stranger—Ochix, one of the feared Miquitz people who are ancient enemies of the Chicome.

As Mayana and Ahkin move ever closer to confronting the lords of the dead, Yemania and Ochix must hide their forbidden romance or face the wrath of both their empires. Meanwhile, the new empress has made a dangerous alliance that might destroy everything they hold dear.

Mary Ann Fraser grew up in Northern California in a house devoted to crafts. They tried them all: wax, resin, mosaics, macrame, linoleum blocks, and more. Her mother even let her use her oil paints—if  VERY careful. There weren't many children's books at home, but her and her mother visited the local library often, especially in the summer. Starting in second grade she began crafting her own books filled with animals and curious courageous people who have done remarkable things. Mary Ann now lives in Idaho near the Boise River.

Lani Forbes is the award-winning YA author of The Seventh Sun and the 2021 release, The Jade Bones. As the daughter of a librarian and an ex-drug smuggling surfer (which explains her passionate love of the ocean and books), Lani is a one-time teacher turned MFT student. Her passion is showing readers the transformative and encouraging power of story on the human experience. She helps others process anxiety, depression, and complex PTSD, both in her stories and in real life. A California native whose parents live in Mexico, Lani now resides in the Pacific Northwest where she stubbornly wears flip flops no matter how cold it gets.

Devri Walls is an international best selling author. She lives in Meridian, Idaho with her husband, two children and one adorable little mutt. Writing in all things fantasy, she would do just about anything for a working magic wand. Mostly because she's a walking disaster and a wand would be of enormous help...although she'd probably trip and break it. So, there's that. She graduated with a degree in theater and has studied vocal performance most of her life. She now teaches voice lessons when she's not writing novels, cooking dinner, playing taxi, spending time with her amazingly supportive husband or trying to read.