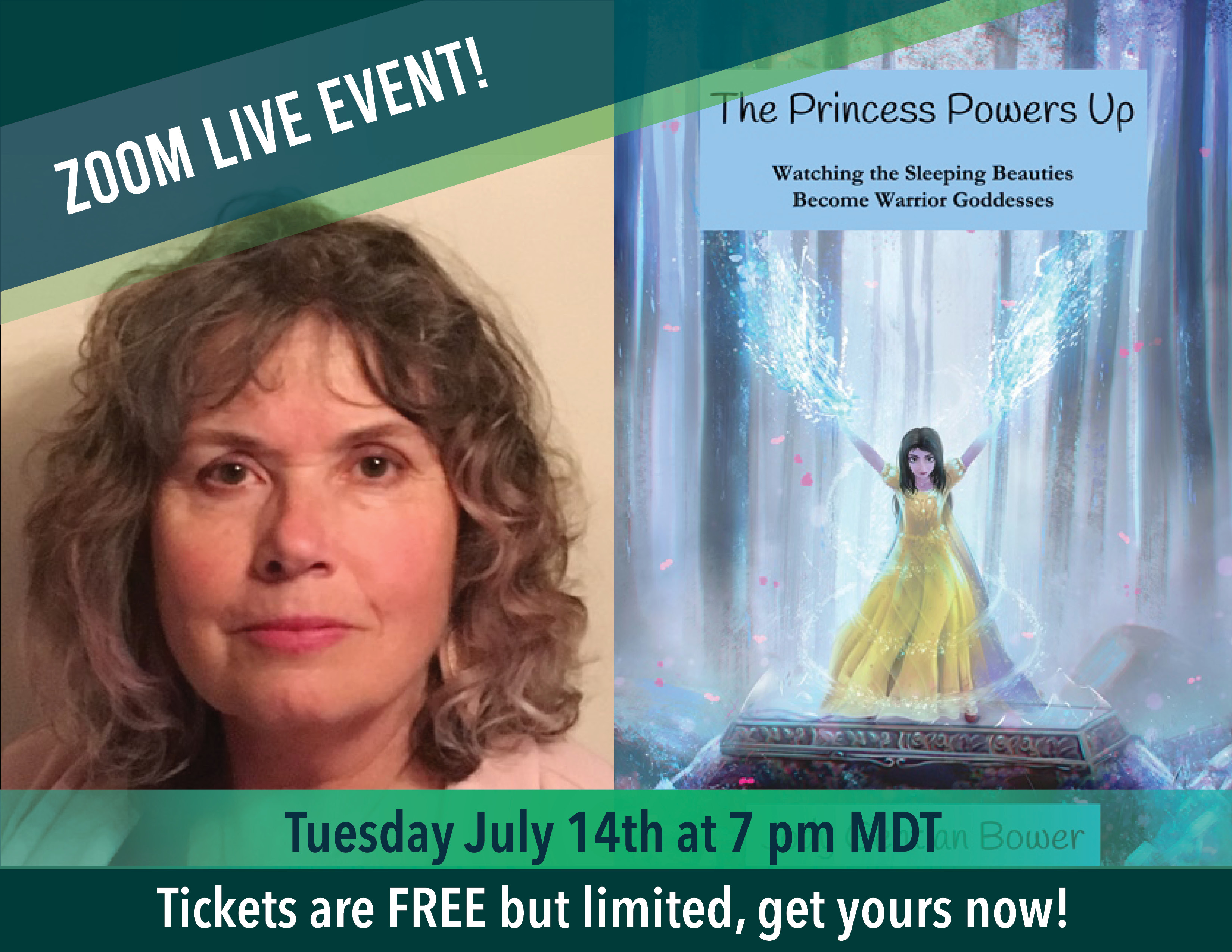 Join us for a communal discussion with author Jody Bower, The Princess Powers Up: Watching the Sleeping Beauties Become Warrior Goddesses.

Once upon a time, the princess slept in a castle or in a woodland bower, innocent and untouched until the brave prince defeated the evil witch to win his way to her side and awaken her with a kiss. They got married . . . and there the story ends.

We have been witness to an evolution of agency–the taking on of personal power–in the heroines of science fiction and fantasy movies and television over the last 90 years. Female characters have been moving into greater and greater arenas of action, stepping up to becoming not just heroines but superheroines–and in the 21st century, goddesses.

In The Princess Powers Up: Watching the Sleeping Beauties Become Warrior Goddesses, Jody Gentian Bower traces this evolution with examples from Disney princess movies, the Marvel and D.C. universes, the Star Trek and Star Wars franchises, and many others. Dr. Bower discusses how our changing culture has changed the landscape of film, allowing for new depictions of not just women but people of color, the nonbinary-gendered, and the differently abled, and shows how we are already shifting into new paradigms of heroism that are far more inclusive and diverse.

Jody Gentian Bower, PhD, is a cultural mythologist and writer. She is the author of Jane Eyre’s Sisters: How Women Live and Write the Heroine’s Story and The Princess Powers Up: Watching the Sleeping Beauties become Warrior Goddesses. She is currently at work on an historical romance based on a family story.

This event is FREE but requires registration through Event Brite.