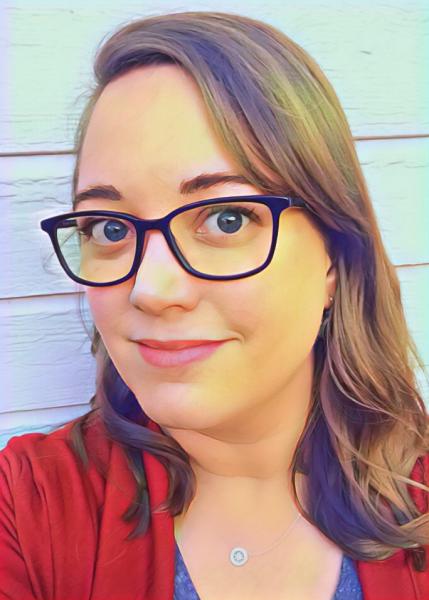 Cynthia Hand is the New York Times bestselling author of several books for teens, including the UNEARTHLY trilogy, the JANE series (with fellow authors Brodi Ashton and Jodi Meadows), THE AFTERLIFE OF HOLLY CHASE, THE HOW AND THE WHY,  WITH YOU ALL THE WAY and the MARY series ((with fellow authors Brodi Ashton and Jodi Meadows). Before turning to writing for young adults, she studied literary fiction and earned both an M.F.A. and a Ph.D. in fiction writing (but don't call her Dr. Hand, because that sounds like a cartoon super villain.) She currently resides in Boise, Idaho, with her husband, two kids, two cats, an overly-enthusiastic dog, and a mountain of books. Find her at www.cynthiahandbooks.com or @CynthiaHand on Instagram and Twitter.

Cynthia: I write books for teens.

Cynthia: It’s the best feeling when people connect with what you write. When I write, there’s a bunch of imaginary people moving around in my brain, and when it’s finally out in the world, readers gets to know those people too, and I love that.

Cynthia: Staying focused on the writing. In this world where you’re also expected to do your own publicity and there are all of these voices constantly chiming at you, that is really hard.

Cynthia: It depends on the project. Usually, when I’m on a deadline (which I typically am) I write to an outline because I don’t have the time to discover the story as I go. But I love pantsing, and I definitely choose to work that way on Projects where I’m allowed more time.

Cynthia: I write with regularity, because if I waited for inspiration to strike, I’d get nothing done. But sometimes when I am working I will write MORE as inspiration strikes. It’s pretty normal for me to be working on a project and suddenly have an idea for another project, and quickly write that down in my off time.

My writing process varies from book to book, and what part of the process I’m in. Normally I write first drafts away from home, like in the library using a notebook or my laptop. That was difficult during the pandemic, so I learned to draft at home, which is tough because my focus is so fragile there and I get interrupted so often or swerve to thinking about chores I need to do or whatnot. But you do what you have to do. I normally revise at home on my big yellow Mac, whose name is Sunny. Sunny and I put in a lot of hours together. I also take a lots of walks to clear my head and think about my book. And if I’m stuck, I take a shower. I know that sounds weird, but something about the warm water relaxing my body helps me think.

Cynthia: Ha, my characters surprise me all the time! Often I’ll have something set up for a character to do in a chapter, and that character will be like, no thanks. I’m going to do THIS. I’ve learned to roll with it. So in that way, my characters feel pretty well formed, and I’m only getting to know them as I go.

Cynthia: If things are going well, I hear theirs. Although when I read back through my books, I can hear my own voice in places.

Cynthia:  I always think about the one-inch picture frame that Anne Lamott talks about in Bird By Bird, which is a great book on writing. Sometimes writing a novel can be so overwhelming, because it is so big, but if you try to think about the story moment by moment, and just focus on writing that moment, then it feels manageable. A long time ago a friend of mine gave me a little one-inch picture frame with the words WRITE THE MOMENT inside. I still have it on my desk. It helps.

Cynthia: Oh gosh. I’ve changed points of view before, which is one of the biggest types of changes you can make. The Lady Janies book My Calamity Jane had a complete plot change TWICE: the first time, because we were initially writing about zombies and switched that to werewolves, and the second time because we wrote the werewolf first draft skewed toward the wrong character. It happens. We joked about that book being a real calamity, but it turned out great.

Cynthia: This is a cliche, but Harper Lee. Her book was the first one I read where I could see the art in the language, and I loved that. Also L.M. Montgomery and L. Frank Baum were huge for me as a kid, and Madeleine L’Engle, and Robin McKinley. When I was older and actually considering writing as a profession, I wanted to be like Barbabra Kingsolver or Margaret Atwood.

Cynthia: For writers: A Swim In A Pond In the Rain, by George Saunders. It’s a hard book, and not everyone is going to love it, but it’s going to make you think about writing in a new way, I guarantee.

For YA  readers: Lately I loved Skin of the Sea, by Natasha Bowan, which was such a haunting, imaginative, powerful story that has hints of “The Little Mermaid.”

For literary readers: School for Good Mothers by Jessamine Chan. This is a beautiful, thought provoking book that had me in tears several times. It’s about a mother who, exhausted, leaves her toddler alone in the house for a few hours, and has to go to a parenting school if she ever wants to see her again, where they practice mothering on robot dolls. It was so good. I get chills just thinking about it.

Cynthia: I have a children’s book I want to write, which should be fun.

And I have an adult fantasy/science fiction novel that’s been pressing on me.

Both are things I’ve always wanted to do.

Cynthia: Nothing to See Here by Kevin Wilson. I’m so enjoying this novel about a woman who ends up being the nanny for two children who spontaneously combust whenever they get upset. It’s hilarious and sweet.