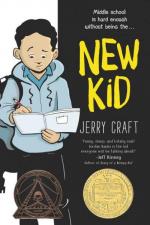 With humor, heart, and honesty, cartoonist Jerry Craft shines a spotlight on the experience of being a black student in a predominantly white school, tackling tough topics like racism and microaggressions. This full-color graphic novel will also speak to any kid who’s dealt with the challenges of middle school. 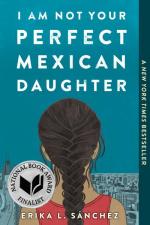 I Am Not Your Perfect Mexican Daughter by Erika L. Sanchez

But Julia is not your perfect Mexican daughter. That was Olga's role.

Then a tragic accident on the busiest street in Chicago leaves Olga dead and Julia left behind to reassemble the shattered pieces of her family. And no one seems to acknowledge that Julia is broken, too. Instead, her mother seems to channel her grief into pointing out every possible way Julia has failed.

But it's not long before Julia discovers that Olga might not have been as perfect as everyone thought. With the help of her best friend, Lorena, and her first love (first everything), Connor, Julia is determined to find out. Was Olga really what she seemed? Or was there more to her sister's story? And either way, how can Julia even attempt to live up to a seemingly impossible ideal?

Recommended for ages 14 & Up including adults 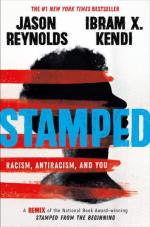 Stamped: Racism, Antiracism, and You by Jason Reynolds and Ibram X. Kendi

A timely, crucial, and empowering exploration of racism--and antiracism--in America

This is NOT a history book.
This is a book about the here and now.
A book to help us better understand why we are where we are.
A book about race.

Recommended for ages 12 & up including adults 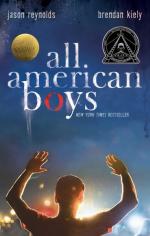 All American Boys by Jason Reynolds and Brendan Kiely

In this New York Times bestselling novel, two teens—one black, one white—grapple with the repercussions of a single violent act that leaves their school, their community, and, ultimately, the country bitterly divided by racial tension.

Written in tandem by two award-winning authors, this four-starred reviewed tour de force shares the alternating perspectives of Rashad and Quinn as the complications from that single violent moment, the type taken directly from today’s headlines, unfold and reverberate to highlight an unwelcome truth.

Recommended for ages 13 & up including adults 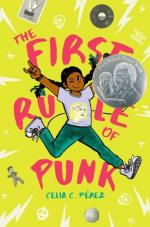 There are no shortcuts to surviving your first day at a new school—you can’t fix it with duct tape like you would your Chuck Taylors. On Day One, twelve-year-old Malú inadvertently upsets Posada Middle School’s queen bee, violates the school’s dress code with her punk-rock look, and disappoints her college-professor mom in the process. Her dad, who now lives a thousand miles away, says things will get better as long as she remembers the first rule of punk: be yourself. The real Malú loves rock music, skateboarding, zines, and Soyrizo (hold the cilantro, please). And when she assembles a group of like-minded misfits at school and starts a band, Malú finally begins to feel at home. She’ll do anything to preserve this, which includes standing up to an anti-punk school administration to fight for her right to express herself! 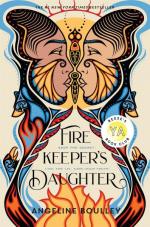 As a biracial, unenrolled tribal member and the product of a scandal, eighteen-year-old Daunis Fontaine has never quite fit in, both in her hometown and on the nearby Ojibwe reservation. Daunis dreams of studying medicine, but when her family is struck by tragedy, she puts her future on hold to care for her fragile mother.

The only bright spot is meeting Jamie, the charming new recruit on her brother Levi’s hockey team. Yet even as Daunis falls for Jamie, certain details don’t add up and she senses the dashing hockey star is hiding something. Everything comes to light when Daunis witnesses a shocking murder, thrusting her into the heart of a criminal investigation.

Reluctantly, Daunis agrees to go undercover, but secretly pursues her own investigation, tracking down the criminals with her knowledge of chemistry and Ojibwe traditional medicine. But the deceptions—and deaths—keep piling up and soon the threat strikes too close to home.

Now, Daunis must learn what it means to be a strong Anishinaabe kwe (Ojibwe woman) and how far she'll go to protect her community, even if it tears apart the only world she’s ever known.

Recommended for ages 14 and up including adults 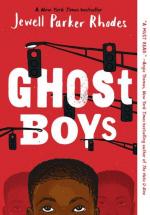 Only the living can make the world better. Live and make it better.

Twelve-year-old Jerome is shot by a police officer who mistakes his toy gun for a real threat. As a ghost, he observes the devastation that's been unleashed on his family and community in the wake of what they see as an unjust and brutal killing.

Soon Jerome meets another ghost: Emmett Till, a boy from a very different time but similar circumstances. Emmett helps Jerome process what has happened, on a journey towards recognizing how historical racism may have led to the events that ended his life. Jerome also meets Sarah, the daughter of the police officer, who grapples with her father's actions.

Once again Jewell Parker Rhodes deftly weaves historical and socio-political layers into a gripping and poignant story about how children and families face the complexities of today's world, and how one boy grows to understand American blackness in the aftermath of his own death.

Recommended for ages 10 and up including adults 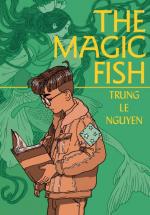 In this gorgeous debut graphic novel, fairy tales are the only way one boy can communicate with his Vietnamese immigrant parents. But how will he find the words to tell them that he’s gay? A powerful read to celebrate Pride Month about family, identity and the enduring magic of stories.

Recommended for ages 12 and up 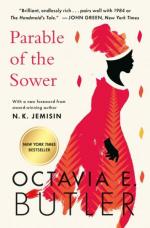 Parable of the Sower by Octavia E. Butler

This acclaimed post-apocalyptic novel of hope and terror from an award-winning author "pairs well with 1984 or The Handmaid's Tale" and includes a foreword by N. K. Jemisin (John Green, New York Times).

When global climate change and economic crises lead to social chaos in the early 2020s, California becomes full of dangers, from pervasive water shortage to masses of vagabonds who will do anything to live to see another day. Fifteen-year-old Lauren Olamina lives inside a gated community with her preacher father, family, and neighbors, sheltered from the surrounding anarchy. In a society where any vulnerability is a risk, she suffers from hyperempathy, a debilitating sensitivity to others' emotions.

Precocious and clear-eyed, Lauren must make her voice heard in order to protect her loved ones from the imminent disasters her small community stubbornly ignores. But what begins as a fight for survival soon leads to something much more: the birth of a new faith . . . and a startling vision of human destiny.

Recommended for ages 12 and up including adults! 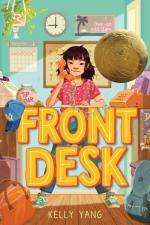 Mia Tang has a lot of secrets.Number 1: She lives in a motel, not a big house. Every day, while her immigrant parents clean the rooms, ten-year-old Mia manages the front desk of the Calivista Motel and tends to its guests.Number 2: Her parents hide immigrants. And if the mean motel owner, Mr. Yao, finds out they've been letting them stay in the empty rooms for free, the Tangs will be doomed.Number 3: She wants to be a writer. But how can she when her mom thinks she should stick to math because English is not her first language?It will take all of Mia's courage, kindness, and hard work to get through this year. Will she be able to hold on to her job, help the immigrants and guests, escape Mr. Yao, and go for her dreams?

NPR Best Books of the Year

Recommended for ages 8 & up