Tasty Tales storyteller, Rebecca, has picked five books that she is thankful for this year. All of them are read aloud tested and approved.

Potato is excited because today—for one day only— Lance Vance’s Fancy Pants Store is selling . . .POTATO PANTS! A potato and his eggplant nemesis struggle to find the perfect pants in this hilarious, heartwarming tale of forgiveness by bestselling Geisel-Award winning creator Laurie Keller. 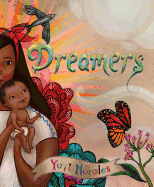 Dreamers is a celebration of what migrants bring with them when they leave their homes. It's a story about family. And it's a story to remind us that we are all dreamers, bringing our own gifts wherever we roam.

Penguins aren't the only animals with problems. . . . A second hilarious collaboration from picture-book superstars Lane Smith and Jory John! Can you guess what's making this giraffe self-conscious? Could it be . . . HIS ENORMOUS NECK?? 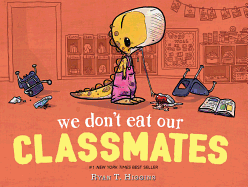 We Don't Eat Our Classmates by Ryan T. Higgins

It's the first day of school for Penelope Rex, and she can't wait to meet her classmates. But it's hard to make human friends when they're so darn delicious! That is, until Penelope gets a taste of her own medicine and finds she may not be at the top of the food chain after all... 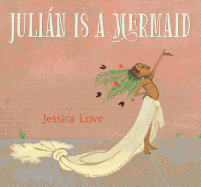 Julian is a Mermaid by Jessica Love

While riding the subway home from the pool with his abuela one day, Julián notices three women spectacularly dressed up. When Julián gets home, daydreaming of the magic he’s seen, all he can think about is dressing up just like the ladies in his own fabulous mermaid costume. But what will Abuela think about the mess he makes — and even more importantly, what will she think about how Julián sees himself?